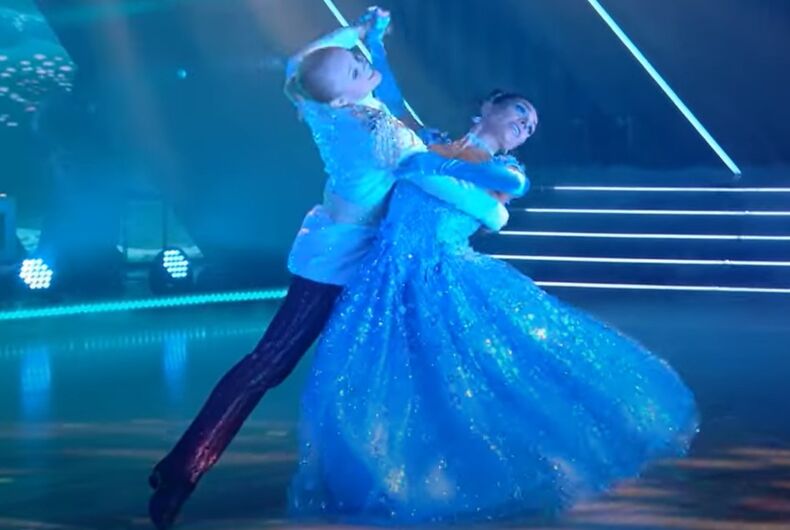 JoJo Siwa and Jenna Johnson light up the stage on Dancing With The Stars.Photo: Screenshot

Out teen sensation JoJo Siwa continues to light up television screens in her history-making turn on Dancing With The Stars.

This time Siwa and her dance partner, Jenna Johnson, took viewers on a gender-bending waltz courtesy of Walt Disney’s Cinderella.

Related: Watch these brides freak out as Raven-Symoné brings out Cardi B to officiate their wedding

Set to “A Dream Is A Wish Your Heart Makes,” the duo effortlessly glided along the floor. Siwa was the prince; Johnson was the princess.

The two won 35 points out of a possible 40, one of the highest scores so far this season. They have also done incredibly well in other performances, allowing them to soar to the top of the pack.

Last week Siwa and Johnson tangoed their way to the top with a rendition of Britney Spears’ hit “Baby One More Time,” tying for first place.

The young singer and internet personality is the first gay contestant to be paired with a same-sex partner in the competition. She reportedly refused to participate if forced to dance with someone of the opposite sex as all other LGBTQ contestants have been.