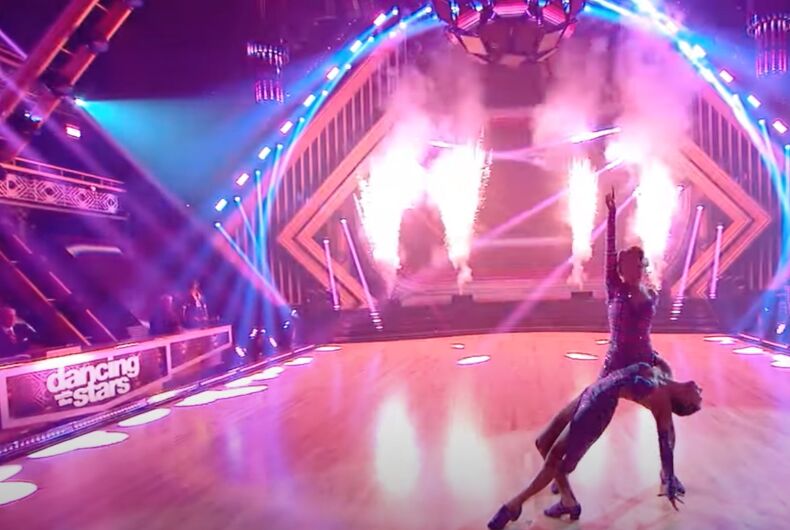 JoJo Siwa and Jenna Johnson tango on Dancing With The StarsPhoto: Screenshot

Out teen sensation JoJo Siwa continues to light up television screens in her history-making turn on Dancing With The Stars.

The young singer and internet personality is the first gay contestant to be paired with a same-sex partner in the competition. She reportedly refused to participate if forced to dance with someone of the opposite sex as all other LGBTQ contestants have been.

Siwa, whose brand has been built around rainbows, glitter, and positivity since childhood, was able to pull it all together in a piece about Spears that aired before the dance. A former child star herself, the pop singer Spears has struggled with mental illness was recently released from her father’s conservatorship.

“I love Britney,” Siwa said. “Britney is a legend. An icon. A ball of talent and glitter and energy. She is a genius. She just has a way of being herself, almost like nobody else does.”

“I think I’ve had a really great support system around me, but being a child star is hard,” she added. “I was always homeschooled, and so I never had a person bullying, like it wasn’t a thing for me. One night, I went to a Halloween theme park. People were shouting at me, ‘JoJo Siwa, ‘F’ you.’ No 14-year-old wants to hear that. Every time that I go through something, it reminds me of the other side, of what’s good.”