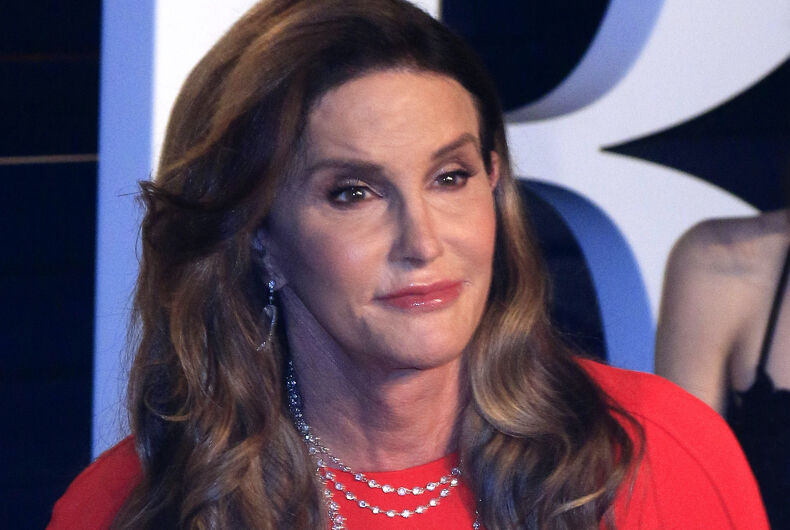 Caitlyn Jenner said that, during her failed California gubernatorial campaign, some Republican party leaders and elected GOP officials refused to be seen in public with her, despite supporting her in private.

“I had elected officials and party leaders who would gladly take private meetings with my campaign team and me, but would balk at the mere notion of being seen publicly with me,” Jenner wrote in a recent USA Today column. She would have been the first transgender governor in the U.S. had she won.

“To a point, I understand they have to protect themselves from their voters and the base who might not be as open-minded as they are,” she explained, noting that the problem “for someone like myself” is “partly generational.”

“But leadership means standing up for what is right, and if you thank me privately for running for office, you should be able to do it publicly.”

Despite association with her being treated like a dirty secret, Jenner assures readers that she is still a Republican and will “fight for inclusivity in the Republican Party.” She even complains that “coming out as a Republican was more difficult than coming out as transgender.”

It’s also possible that her so-called GOP supporters didn’t want to appear in public with her because she was a terrible candidate.

During her campaign, she polled at six percent for public support, lied about not voting for Trump in the 2020 election, had an inconsistent stance on COVID-19 mask-wearing, complained about seeing homeless people in the streets, expressed some support for Texas’ bounty-hunting anti-abortion law, left her campaign to go record a reality show in Australia, and ended up having to fund her own impoverished campaign.

All those gaffes might’ve worked in her favor in a red state. But in California, Democratic voters outnumber Republicans nearly three to one. In the end, she got barely one percent of the vote.

In her column, Jenner said that Republicans need to start winning over Democratic voters in order to gain more political influence in California. However, she’s not an ideal candidate for that either.

For example, despite being a supposedly “inclusive” candidate, she supported excluding trans athletes (like her) from playing in school sports. Jenner’s political positions wouldn’t win over Democrats, and her political party has established itself as firmly anti-transgender, another position that alienates Democratic voters.