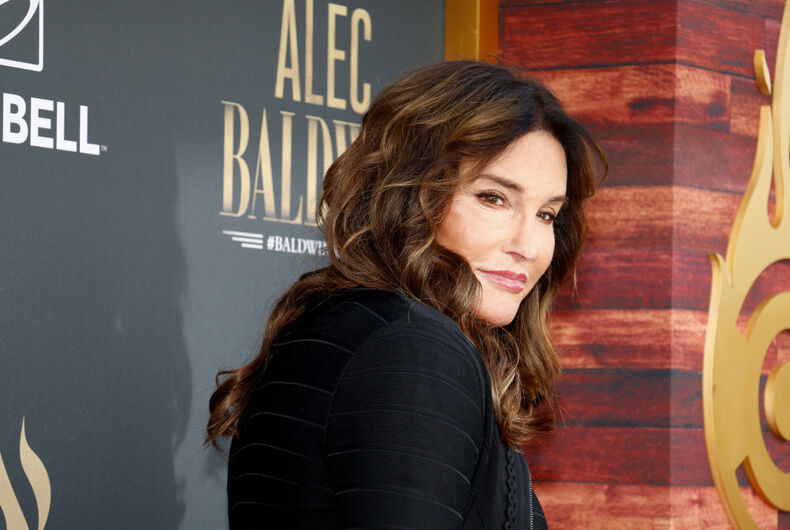 With the California recall election for governor just a few weeks away, the candidates are buckling down their campaign strategies, as they run out of time to convince over 50 million Californians that they’re a better option to lead the Golden State than current Gov. Gavin Newsom (D).

For Caitlyn Jenner, who has consistently rated low in polls against the other Republican candidates, that means she has started putting money into her own campaign in hopes of turning things around.

Forbes reports that the former Olympian, who is seeking to become the first out trans person to ever become governor in the United States, doubled her campaign’s available funds last week — by writing the check herself.

Up until last month, Jenner had as many as three billionaires banking her campaign. New York conservative and real estate mogul John Catsimatidis, Oracle Corporation co-founder Larry Ellison, and GoDaddy founder Bob Parsons were among the several fans of Jenner that contributed following her sudden, rocky start to her campaign.

Catsimatidis was elated to support Jenner, saying, “Caitlyn Jenner is a heroic American. She has good, old-fashioned, American common sense.”

Despite proudly supporting her, he contributed the least amongst the three mega-donors.

Catsimatidis ran for mayor of New York City in 2013, and his daughter Andrea is chair of the Manhattan Republican Party. He contributed $10,000.

From May to July, Jenner only had eight other donors contribute more than $500. Her last major donation was from former Diamond Resorts Las Vegas CEO David Palmer for $32,500 in May as well.

It’s not immediately clear if those wallets are now closed to Jenner or not, but she is dipping into her own wallet as she comes close to having spent seven figures on campaign expenses alone. She’s dropped north of $910,000 in four months of campaigning, even with her weeks-long break to film Celebrity Big Brother in Australia, the decision to skip out on debates, attack on journalists covering her, and refusal to interview with major media publications evaluating the recall candidates.

Jenner has until September 14 to not only convince people that they need to remove Newsom from office, but that she is the best candidate to lead California until the scheduled regular election in November 2022.

Jenner is currently touring the state by bus, without a declared route, making stops shared just hours or days prior, and largely without wearing a mask amidst rising coronavirus cases.

“I am the most serious candidate in this race,” Jenner proclaimed in a tweet today, claiming, “I work tirelessly to connect with the citizens and believe in a citizen run gov’t not a special interest run gov’t.”

In the same breath, she attacked the Los Angeles Times, whose editorial board she recently refused to interview with, making her the only recall candidate to do so.

I am the most serious candidate in this race. The @latimes entirely misrepresents my intentions and interests. I work tirelessly to connect with the citizens and believe in a citizen run govt not a special interest run govt #RecallGavinNewsom