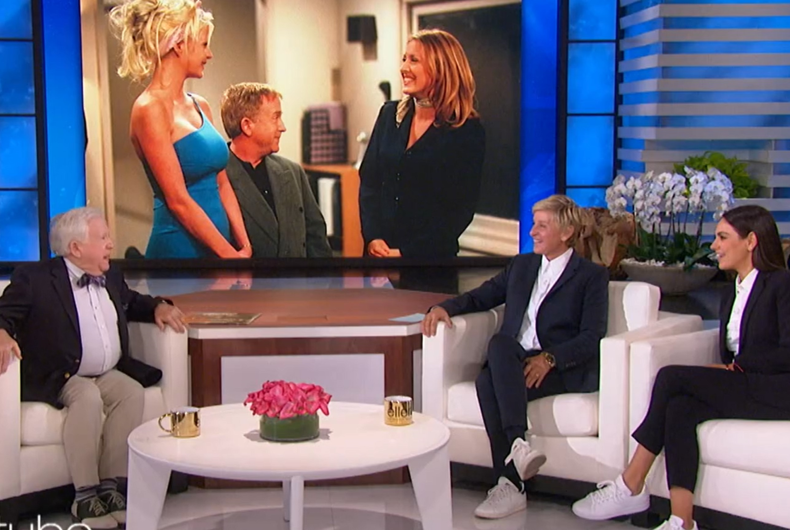 Actor Leslie Jordan talked to Ellen about his appearance on her sitcom in the 1990’s where he played a straight man.

“It was a little bit after your announcement that changed everything, when you told everyone you were gay,” he said. “So I thought, ‘Oh, wow, I get to be on this gay sitcom!'”

“I get the script and I’m playing a straight guy!” he said, disappointed.

“I open my mouth and 50 yards of purple chiffon come out,” he joked.

Jordan said that he tried to “butch it up,” but a friend told him… that he was less than successful.

“He said, ‘There was a big group of people here that didn’t know you, and when you opened your mouth they said, ‘Get a load of her!'”

Ellen asked the Call Me Kat actor about a photo he posted to Instagram where he had a six-pack, and Jordan explained that he was living in Miami at the time, 26-years-old, and had a job exercising race horses. He said he still likes riding horses.

Caitlyn Jenner says GOP leaders were embarrassed to be seen with her in public, but met in private

This dad walked in on his son putting on make-up. His unexpected reaction will warm your heart.