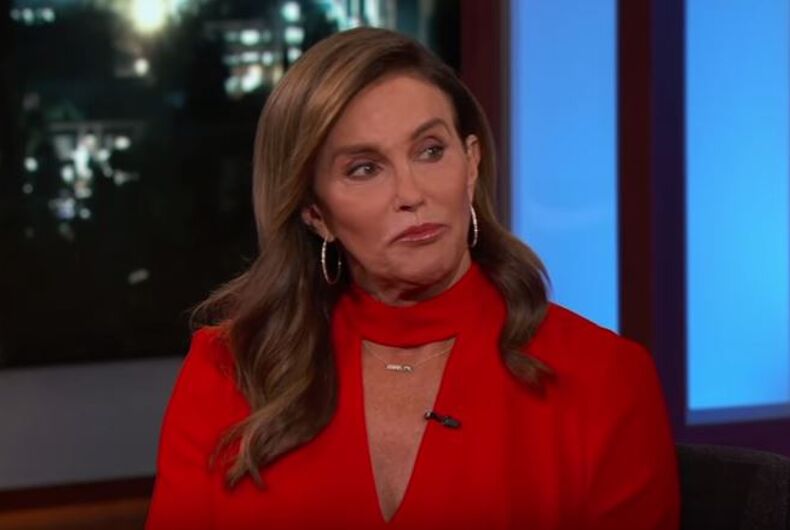 California gubernatorial candidate Caitlyn Jenner may have lied yesterday when she said that she didn’t even vote in the 2020 elections because she was too busy golfing that day.

Records from L.A. County – where her Malibu home is located – show that she actually did cast a ballot last year. Now her campaign is refusing to discuss the discrepancy.

In an interview that was released yesterday, CNN’s Dana Bash asked Jenner about her past support for Donald Trump, which she reiterated in a Fox News interview last week. Bash suggested that it might be a problem for Jenner’s election chances in the upcoming recall election against California Gov. Gavin Newsom (D) because the state voted overwhelmingly for President Joe Biden last year.

When Bash asked about down-ticket races, Jenner said she didn’t care about anything on the ballot last year and that she “couldn’t get excited about it.”

Then Bash asked Jenner how she could expect voters to get excited about her campaign when she didn’t even vote. She just joked in response: “Because I’m cute and adorable.”

But county records cast doubt over her story and say that she actually voted in every general election since the year 2000, including last year.

GOP strategist Tim Rosales told Politico – which tracked down her voting records – that the more common problem for politicians is the opposite: they lie and say they voted to show off their civil engagement, when the records then show that they didn’t.

“But I’ve never heard it the opposite way, where somebody said that I didn’t vote” and it wasn’t the truth, he said.

“I can imagine, having been on the inside of these types of high profile campaigns, you’ve got a lot of a lot of people scrambling right now,” he added.

“Out here in California, it’s like, why vote for a Republican president? It’s just not going to work. I mean, it’s overwhelming,” she said in the CNN interview.

Her campaign has not yet given an explanation for why the records don’t back her claim.

Yesterday, the first poll of the recall election was released and only 6% of California voters said they support her gubernatorial bid.