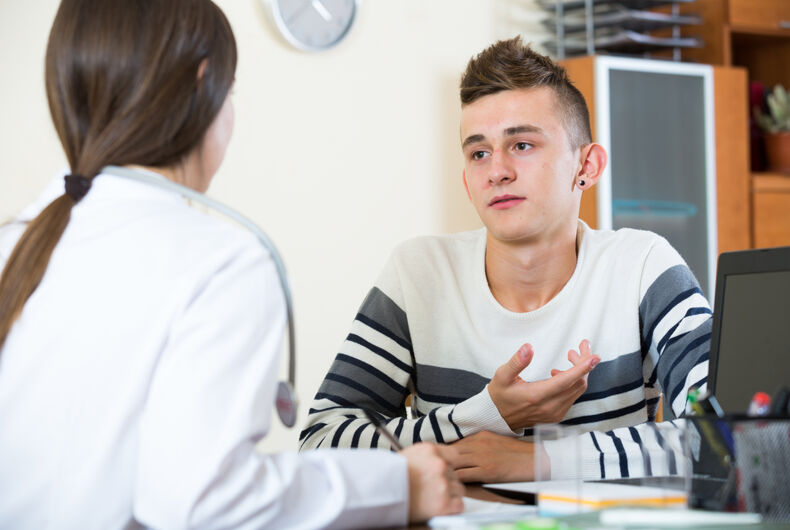 He’s so perturbed he’s not just attacking the administration, he’s insulting doctors too. He says they’ll kill patients because they’re too dumb to understand “biology.”

“Fear of discrimination can lead individuals to forgo care, which can have serious negative health consequences,“ the Health and Human Services Secretary Xavier Becerra said in a statement. “Everyone – including LGBTQ people – should be able to access healthcare, free from discrimination or interference, period.”

“The Department of Health and Human Services has reverted back to putting science and patient care aside in pursuit of the Left’s agenda,” Perkins thundered.

“The Biden rule fails to recognize the many unintended consequences to patients – particularly those identifying as transgender. For example, men and women often get different doses of medications and even different ones altogether. If doctors don’t know the biology of their patient, the results can be tragic.

“The Biden administration, at the instigation of Secretary Xavier Becerra, has returned to a nonsensical definition of ‘sex discrimination.’  While this decision will advance America’s cultural psychosis, it will potentially put the physical well-being of individuals at grave risk.”

It might surprise Perkins to realize that medical doctors have advanced degrees and a better understanding than he does of sex and anatomy. In the few instances when a patient’s sex assigned at birth is medically relevant, they can apply their knowledge without violating the anti-discrimination rule.

But as with most of his bombastic statements, his goal is just to rile up his conservative base.

That’s why his organization has been designated an official anti-LGBTQ hate group by the Southern Poverty Law Center, a not-for-profit organization that tracks extremist groups.