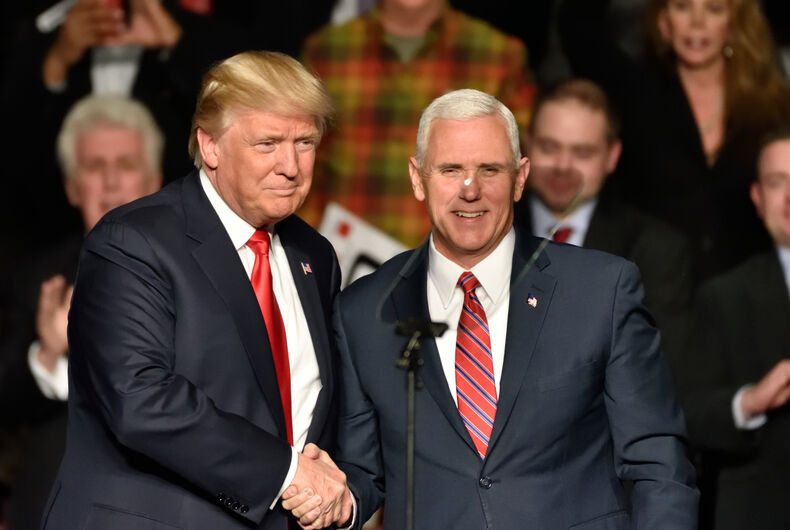 A second federal judge has blocked the Trump administration’s rule that would have allowed doctors to refuse to treat people if doing so violated their sincerely held religious beliefs, even in the case of a medical emergency. This comes just days after a judge in New York overturned the same Trump administration rule.

Judge Stanley Bastian in Spokane vacated the rule in a case brought by the state of Washington against the Trump administration, according to several observers who were in the courtroom. Bastien said that a written opinion will come at a later date.

The Department of Health and Human Services (HHS) passed its “conscience rule” this past May and it would have gone into effect on November 22. The rule would have allowed health care workers to refuse to treat people if doing so violated their religious beliefs, even without notifying their employers. The rule also expanded the types of workers who could claim a religious exemption to doing their jobs to include billing staff and receptionists.

LGBTQ, women’s rights, and public health advocates all spoke out against the expansive religious exemption, and federal judge Paul Engelmayer in New York decided against HHS on the rule earlier this week.

Engelmayer said that the problems with the rule were “numerous, fundamental, and far-reaching.” He said that the “conscience rule” violated federal anti-discrimination law and federal anti-patient dumping law, it allocated funds in a way that Congress did not approve, the Trump administration could not show a need for the rule change, and the process used to change the rule violated both the Administrative Procedures Act and the Constitution.

Bastian, the judge in Spokane, has not issued a written opinion but said that his would focus on problems not addressed by Engelmayer.

“Two judges in two days have recognized the denial of care rule for what it is, an egregious and unconstitutional attack on women, LGBT people and other vulnerable populations,” Jamie Gliksberg of Lambda Legal said in a statement.

Gliksberg said that the rulings will “likely [save] countless lives.”

“The denial of care rule targets some of our most marginalized and vulnerable communities and deserves to be relegated to the dustbin of history.”

Washington Attorney General Bob Ferguson said he filed the lawsuit against the rule because Eastern Washington is largely rural and people who live there may not have another option for health care if they get turned away.

HHS has been attacking LGBTQ equality with other rule changes, including attempting to overturn Obama era guidance that banned discrimination against transgender people in the Affordable Care Act and allowing the recipients of HHS grants – including adoption and foster care agencies – to engage in religion-based discrimination.

These rule changes were not addressed by the two judges’ decisions this week.