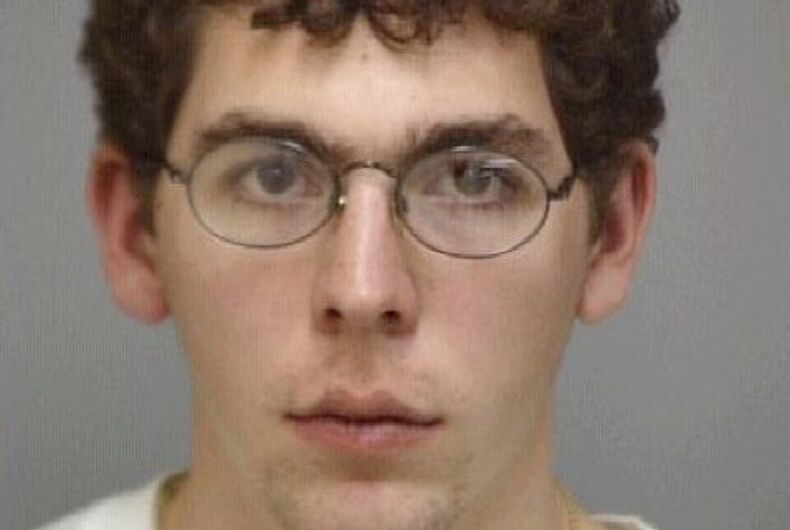 The Department of Health and Human Services may be the worst in the Trump administration (though it’s hard to choose when the pickings are so awfully plentiful). It’s certainly the most anti-LGBTQ, which is saying a lot. The department is run by an evangelical cabal that has made implementing the religious right’s agenda its top priority.

The latest example is the department’s move to ban Planned Parenthood from receiving federal funds for family planning counseling. Instead, the department will steer funding toward anti-abortion and religious organizations.

It comes as no surprise that the man behind the move is not only a staunch anti-abortion activist but was once convicted for his part in an anti-gay protest. He also served as a lawyer at a leading anti-LGBTQ legal group.

Matthew Bowman started demonstrating outside abortion clinics more than 20 years ago while still a college student. He has a record of obnoxious disregard for peaceful protest, preferring in-your-face tactics, even with police.

According to a police report unearthed by Mother Jones, he would follow women closely as they entered one abortion clinic, videotape employees and record their license plates. While handing out fliers at a local high school promoting a lecture on abstinence, Bowman became so aggressive that a police officer was called to the scene called for backup. Bowman was arrested for disorderly conduct.

Perhaps the nadir of Bowman’s activism was his participation in an Operation Rescue demonstration at Disney World. Operation Rescue (now known as Operation Save America) is best known as an extremist anti-abortion organization that is shadowed by its ties to violence, including the 2009 murder of an abortion doctor shot during a church service.

Operation Save America also includes opposition to LGBTQ rights in its mission. A recent pamphlet for the group carries this line: “Abortion, Homosexuality, Islam—three different gloves, one fist.”

In 1998, the group descended on Disney World to protest Gay Days. Among the protesters was Bowman, who blocked traffic while handing out fliers castigating the “Tragic Kingdom.”

With traffic backed up for two miles, police arrived and ordered the group to disperse, Bowman refused and was arrested and thrown in jail. Bowman eventually pleaded no contest to an obstruction charge and paid a fine. Six months later, he was organizing another anti-Disney protest in Wisconsin.

Related: A pro-LGBTQ church will brew its own beer & give the profits to Planned Parenthood

Bowman went on to get his law degree from the conservative Catholic Ave Maria Law School, started by Domino Pizza’s founder Tom Monaghan. Upon graduation, Bowman readily slipped into the conservative legal pipeline, clerking for U.S. Supreme Court Justice Sam Alito. In 2006, he joined Alliance Defending Freedom, the anti-LGBTQ legal group that has been a leading opponent in the courts of marriage equality.

Bowman’s history underscores the fact that the religious right sees no distinction between reproductive rights and LGBTQ rights. It sees both as a deviation from sexual moral order. That Planned Parenthood also serves the LGBTQ people is just an added bonus for its attackers.

Unfortunately, Bowman is hardly alone in his crusade at HHS. Roger Severino, the head of the Civil Rights division, has been attacking transgender rights for years. Scott Lloyd, head of the HHS Office of Refugee Resettlement, has impeccable religious right credentials. Shannon Royce, the agency’s liaison to religious groups, has long touted conversion therapy.

With his lack of interest in policy, Trump could care less. But he’s turned an important government agency over to a band intent on pleasing the religious right. It’s yet another reminder that, while the president’s tweets get all the attention, the real damage is being done with little notice at the policy level.