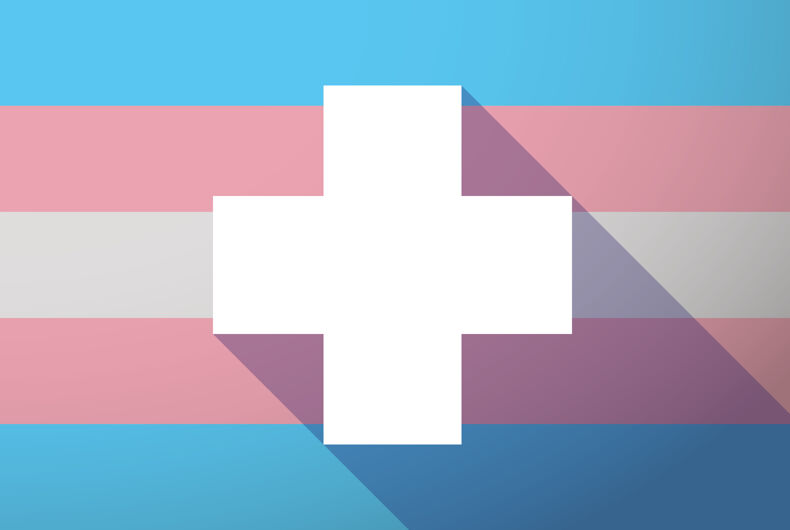 The Trump administration has proposed a rule that would allow that healthcare providers to discriminate against over 1.4 million transgender adults. Over 150,000 trans teens would also be affected.

The proposed change under the Department of Health and Human Services (HHS) could remove transgender health protections from the Affordable Care Act. It would also give  medical professionals and other healthcare providers the right to refuse to treat any transgender person for any condition if they cite their religious beliefs.

Under the Obama Administration, transgender rights expanded in large part due to an interpretation of “sex discrimination” as being inclusive of gender identity, which many faith-based health care providers feared would mean they’d end up required to provide medical care, including gender confirming surgery, for transgender people.

The move comes amongst similar moves by the administration, including the ban on transgender military personnel as well as moves within other departments to roll back transgender affirming language and rules.

Related: Thousands of healthcare providers are hitting back at Trump over attack on trans rights

“This is not about free health care or special treatment. It’s about the right of every American to be treated with dignity when they walk into an emergency room, meet a new doctor, or find the right insurance plan,” Mara Keisling, Executive Director for the National Center for Transgender Equality, said.

“If permitted, this rule will promote ignorance and hate that no American should have to face while seeking care, and we are ready to fight it with everything we’ve got.”

“This proposed rule is yet another outright attack from the Trump administration on the health, well-being, and survival of transgender people. Everyone should be able to go to the doctor when we need help without being turned away or denied treatment because of who we are,” Kris Hayashi, Executive Director for Transgender Law Center, said.

“Like every bully, this president attacks those he perceives as weak and least able to defend themselves,” Pride at Work Executive Director Jerame Davis said in an emailed statement. “What this bully misunderstands is that trans people aren’t facing this administration alone. Pride at Work and countless other organizations and institutions are here to stand with, for, and beside our transgender siblings in the face of these unrelenting attacks from this administration.”

“Healthcare is not a luxury or a privilege, it is a necessity.”