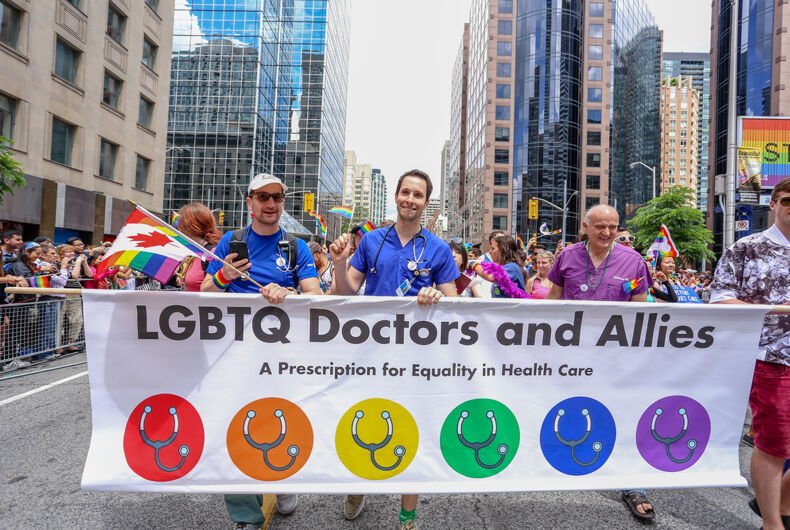 More than 3,250 health care providers in Louisiana have signed onto an open letter against the Health and Human Services proposal to narrow the definition of “gender”, effectively erasing transgender people from federal law.

“We are writing in response to the report published by The New York Times on Sunday, October 21 regarding a U.S. Department of Health and Human Services (HHS) proposal to establish a narrow legal definition of sex under Title IX, a proposal which will affect an estimated 20,900 Louisianans whose sex has been determined to be contrary to that which was assigned at birth,” begins the open letter.

The New York Times leaked the proposal from HHS near the end of October. They are seeking to create a narrow definition of sex under Title IX, reversing an Obama-era clarification that sex, in the eyes of the law, includes gender identity.

The proposed definition states, “Sex means a person’s status as male or female based on immutable biological traits identifiable by or before birth. The sex listed on a person’s birth certificate, as originally issued, shall constitute definitive proof of a person’s sex unless rebutted by reliable genetic evidence.”

Signing onto the letter are more than 3,000 medical and behavioral health practitioners, as well as over 250 individual practitioners in Louisiana.

The letter was released by Louisiana Trans Advocates, and are sending it to officials from both HHS and the Department of Justice, as well as key Louisiana government officials.

Those signing the open letter agree that the narrowing of the definition by the HHS is not scientifically sound, noting that, “This definition of sex contradicts the irrefutable fact of the existence of not only transgender people, but also intersex people.”

“While intersex conditions are not the same as transgender identity, in both cases, a patient’s gender identity is understood by the professional medical and behavioral health community to be determinant of their sex,” the open letter continues.

The signees want to send a message that this proposal will harm transgender people in their state.

“As medical and behavioral health care providers, we strive to achieve healthier outcomes for all Louisiana families, especially those who face disparate rates of poor health and have less access to healthcare,” reads the open letter.