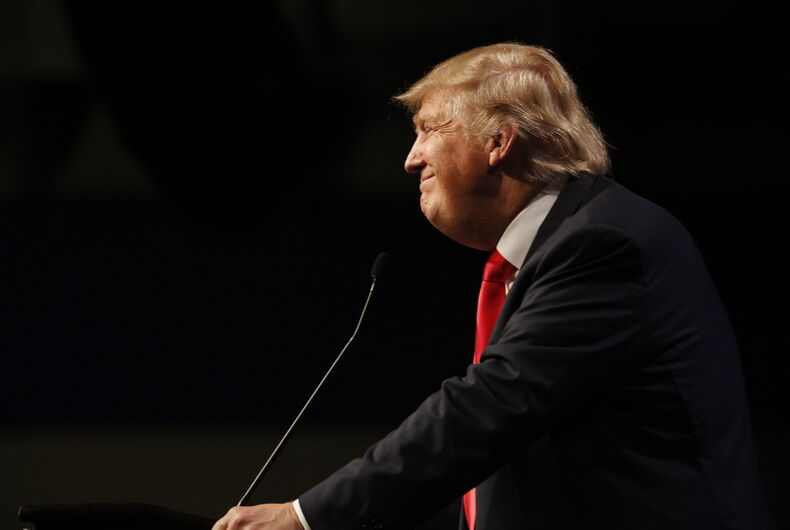 The Department of Health and Human Services has announced a rule that would allow healthcare workers like doctors, nurses, emergency personnel, and hospice workers to discriminate if they cite their religious beliefs as justification.

The rule would allow workers to refuse to provide basic health care like birth control, refuse to treat women who have had abortions, and discriminate against gay or lesbian individuals and their families, including their children. The change is part of the Trump administration’s push to give Christians a license to discriminate under the guise of “religious freedom.”

“Religious freedom doesn’t mean carte blanche to discriminate, especially in a health care setting. People should never fear that they’re going to be denied care because of their gender, who they love or their past medical decisions. Today’s rule codifies discrimination and it will result in deep harm to patient care,” Mary Alice Carter, Executive Director of Equity Forward, said in an emailed statement.

“This is exactly the opposite of what our health department should stand for.”

Related: Trump’s ‘license to discriminate’ for healthcare workers will cost $300 million to implement

Anti-LGBTQ activist Roger Severino leads the Department of Health and Human Services’ Office of Civil Rights (OCR) where he has used the position to push for religious exemptions to civil rights laws. In his previous role as Director of the DeVos Center for Religion and Civil Society for the Heritage Foundation, Severino spoke out against the civil rights protections he is now tasked with upholding.

While at the Heritage Foundation, he authored a report opposing the OCR’s implementation of a portion of the Affordable Care Act (ACA) known as the 1557 rule, which prohibited discrimination based on race, color, national origin, age, disability, and sex in federally-funded health programs.

Severino has particularly opposed extending non-discrimination protections to transgender people, calling the efforts of OCR to do so an “abuse of power” that requires people to pledge “allegiance to a radical new gender ideology,” forces doctors to perform “controversial” transition-related surgeries, and gives transgender people “special privileges” that disadvantage people of faith. He celebrated a judge’s nationwide injunction against enforcing parts of the 1557 rule last year.

HHS is expected to pare back those protections soon.

Earlier this week, Severino announced the department would be restructured to serve as a “law enforcement agency.”

“As a lesbian, I enter every interaction with my health care professionals wondering how they will react, whether they will treat me the same as their other patients. I worry when I have to see my partner in emergency settings, whether someone will deny her care if we make it plain who we are,” Carter said.

“So far, I have been fortunate. No one has denied my family or me care — because the majority of health care providers don’t discriminate. But this isn’t the case for many in the LGBTQ community, and this move by OCR will further embolden bigots to deny care, which will be dangerous, even fatal, to some.”

“Access to health care can be life-or-death. But rather than seek to improve our health care system, the Trump-Pence administration is determined to strip away access to health care from women, people with HIV/AIDS, and LGBTQ people, particularly transgender and gender-nonconforming individuals. This license to discriminate is unethical and dangerously undermines the health of some of the most vulnerable among us,” a DNC spokesperson said in an emailed statement.

“Every individual deserves access to quality health care and life saving emergency services. No one should ever be refused medical care because of who they are. It’s clear Republicans still haven’t learned what the 2018 midterm elections mandated — the American people want more access to health care, not less.”