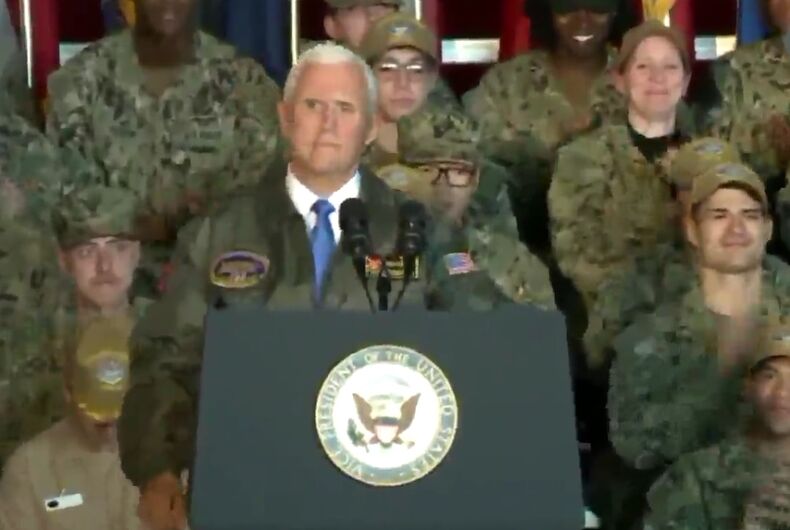 Sailors in the U.S. Navy were instructed to cheer “like we’re at a strip club” for Mike Pence at a speech earlier this week.

Pence delivered a speech to sailors as the aircraft carrier USS Harry S. Truman was docked at Naval Station Norfolk in Virginia.

Journalist Brendan Ponton of WTKR-TV in Norfolk was at the event, and he tweeted a pre-speech detail: the sailors were instructed to “clap like we’re at a strip club.”

A straight strip club, one would assume.

Sailors being instructed to “clap like we’re at a strip club” when VP arrives (not kidding) https://t.co/7NquC4wNxw pic.twitter.com/gUqYtOGiuc

Local media coverage of the speech – which focused on the Trump administration’s recommendation to Congress not to retire the boat early – showed sailors smiling and clapping for Pence.

It is ironic that sailors were told to pretend they were in a strip club as they were about to see someone who refuses to be alone in the same room as a woman, but it’s important to note that they were told to make Pence look good in front of the media to support a policy goal, while in uniform.

Mayor Pete is going to hell whether he’s a top or bottom, Christian pundit says