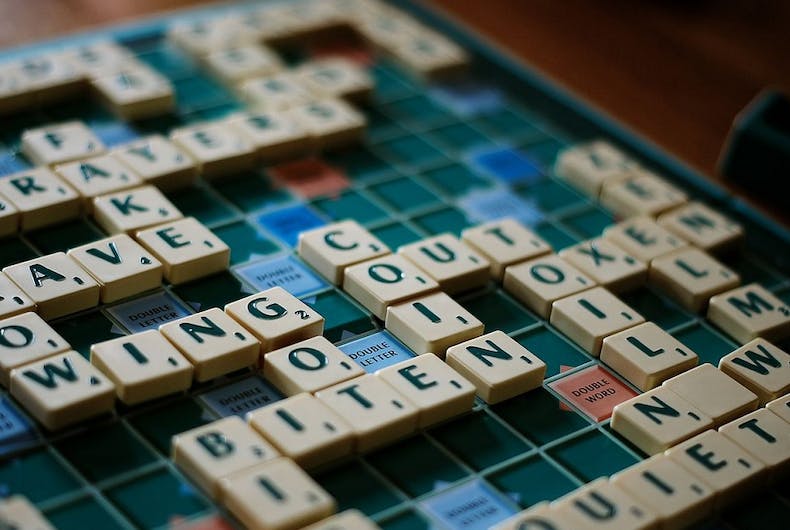 Scrabble announced that several new LGBTQ words are being added to their official word list.

Now, those words are all good, but hardcore Scrabble players are probably more interested the gender-neutral pronoun “ze” being added to the dictionary. Two-letter words that use unusual letters have a lot of strategic value, and Scrabble players all around the country will now be memorizing a nonbinary pronoun and seeing it regularly.

Quite a few other words were added to Collins’ Official Scrabble Words to reflect our changing vocabulary, including many used to describe and analyze misogyny. “Incel,” “mansplaining,” and “upskirting” were just added.

Slang words like “bae” and “yowza” were added as well.