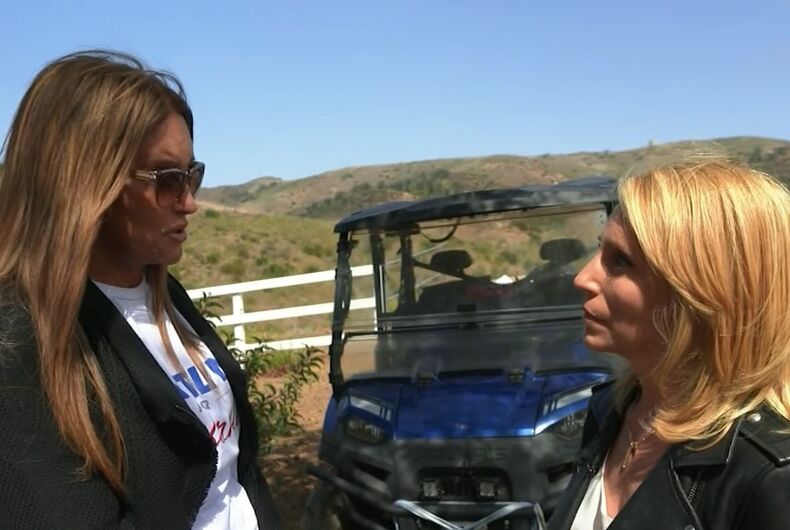 California gubernatorial candidate Caitlyn Jenner just admitted that she didn’t even vote last year because she was golfing that day.

“I didn’t even vote,” Jenner told CNN’s Dana Bash in an interview at her Malibu home. “I just wound up going to play golf and I said, ‘Eh, I’m not doing that.'”

Serious questions have been raised about Jenner’s competence in politics as well as her past support for Donald Trump as she mounts her campaign to unseat Gov. Gavin Newsom (D) in a recall election.

She was one of Trump’s biggest LGBTQ supporters in 2016, and her campaign hired several top strategists who worked for Trump’s presidential campaigns.

“What I like about Donald Trump, is that he was a disruptor,” Jenner told Sean Hannity last week. “He came in and shook the system up.”

Bash asked Jenner if she thinks that her support for Trump is a liability in California, which overwhelmingly voted for Joe Biden last year.

Jenner downplayed her support, and then Bash asked: “Did you vote for him in 2020?”

“I didn’t even vote,” Jenner admitted. “Out here in California, it’s like, why vote for a Republican president? It’s just not going to work. I mean, it’s overwhelming.”

Bash asked about down-ticket races, like Congressional, state, and local races… elections that people who are even mildly interested in politics care about.

Jenner said that “the only thing out here in California that I worry about” are the ballot propositions in the state, but that she “didn’t see any propositions that I really had one side or the other.”

“And so it was Election Day and I just couldn’t get excited about it,” she said. “And I just wound up going to play golf and I said, ‘I’m not doing that.'”

Bash tactfully asked how Jenner expects people to get excited enough to vote for her when she’s not even excited enough about politics to show up to vote, something that nearly 160 million Americans did last November.

Trump himself is also an avid golfer, spending a significant part of each year he was president on the links.

But even he managed to find some time between golf outings to vote last year.

Questions were raised about her basic competence last week after she told Fox News’s Sean Hannity that one of the biggest problems facing California is that rich people have to see homeless people when they drive to their airplane hangars.

“My hangar… the guy right across, he was packing up his hangar and I said, ‘Where are you going?’ And he says, ‘I’m moving to Sedona, Arizona, I can’t take it anymore. I can’t walk down the streets and see the homeless,’” Jenner said, explaining why she’s running.