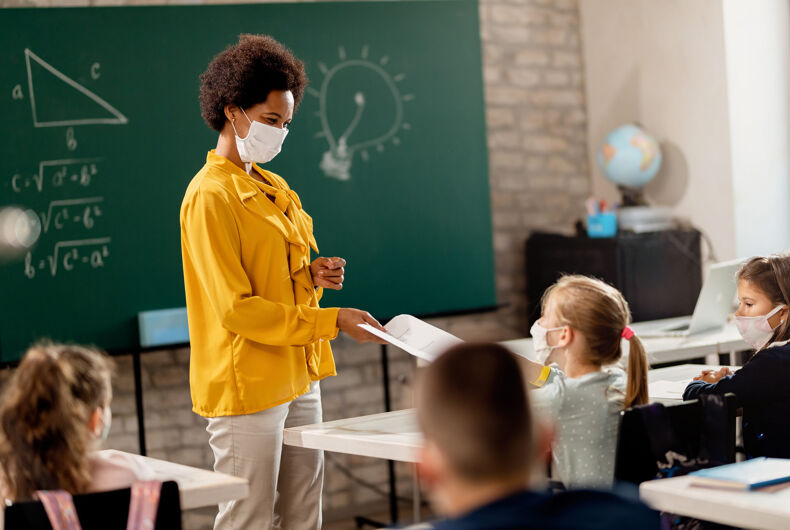 A mother’s email opposing the dress code of her daughter’s school has gone viral for challenging the sexist gender roles and highlighting her state’s absurd ban on school mask mandates.

On August 17, Tennessee’s Republican Governor Bill Lee signed an executive order requiring schools districts with mask mandates to allow parents to opt out. The policy increases the likelihood of a COVID-19 outbreak.

Related: Gay teen schools the school board after being suspended for wearing nail polish

In response, an unknown parent wrote an email to the Hamilton County School Board of Chattanooga, Tennessee requesting a form to opt her daughter out of the school’s dress code.

“As the parent of a daughter at East Hamilton, I find the school’s dress code policy to be misogynistic and detrimental to the self-esteem of young women,” her email began.

“Rather than shaming young women into covering their shoulders (and other parts of their body), I believe we should empower female students to have agency over their own bodies and to wear clothing that is comfortable for them and contributes to their ability to enhance their learning experience.”

The mother said that the school’s dress code doesn’t align with her feminist beliefs and aims of raising her daughter “to be a strong and empowered woman able to make choices for herself.”

“In light of the opt-out option related to the recently-announced mask mandate, I can only assume that parents are now in a position to pick and choose the school policies to which their children should be subject,” the email continued.

Kudos to this Chattanooga mom telling a Tennessee school board that her daughter is now opting out of ALL school dress code restrictions. 😍😍😍 pic.twitter.com/5xSLLy6v6B

Numerous scientific studies have shown that masks reduce the virus’ spread. If parents and their kids are allowed to opt out, it’s possible that they could contract the virus and spread it to others, especially since the Delta variant is nearly 10 times more contagious than the original COVID-19 coronavirus.

Apart from the mask mandates, school dress codes have emerged as a battleground for gender equity.

A gay teen who was suspended for wearing nail polish forced his Texas school to make its dress code gender-neutral. Male teachers in Spain wore skirts to work after a male student was pulled out of school and sent to a psychologist for wearing a skirt. Over 100 teen boys in Canada wore skirts to protest their school’s sexist dress code.

A record number of out athletes are participating in the Paralympics