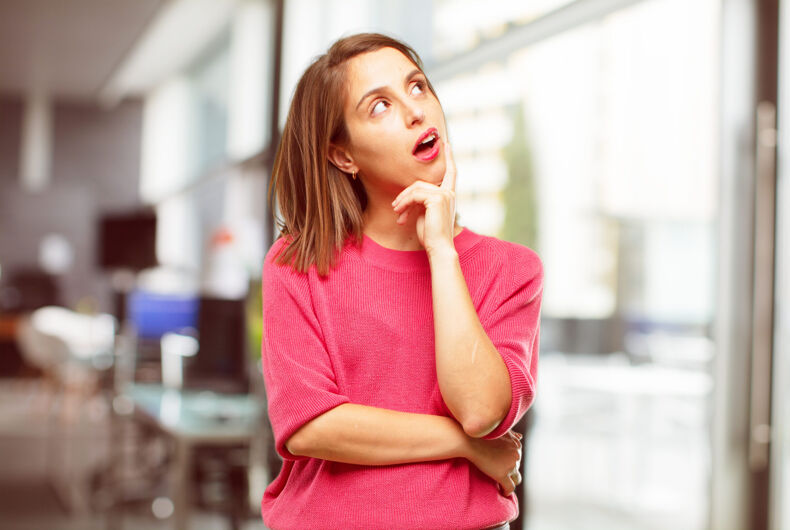 Francesca Zeller, the former political director of the Minnesota Republican Party (MNGOP), is complaining that “activists” forced her to quit her job after they found out she is queer.

Her job was to help elect GOP politicians – the vast majority of them of whom oppose LGBTQ civil rights – and to push the party’s agenda. The party platform explicitly condemns LGBTQ people and issues.

Zeller says she was outed by state party Chair Jennifer Carnahan after working there for eight months. Carnahan used the subject to undergird her claims that the party was welcoming to LGBTQ people and diverse. She also claims Carnahan used it against her with conservatives to undermine her influence.

“I was 24, reaching a point in my life where I began to embrace my experience as a queer woman,” Zeller told the Minnesota Reformer. “MNGOP holds many opinions in its ranks, but anti-LGBTQ sentiments are as strong as ever within the party.”

“Carnahan’s blatant disregard for my privacy became a crisis in my personal life. The harassment and disrespect I received from activists was regular and reported.”

What Zeller leaves out of her statement, however, is that she worked hard to support those anti-LGBTQ sentiments as part of her job to push conservative issues and politicians.

“I was subjected to hostile work conditions, including being forced to attend and manage volunteer groups that would openly discuss anti-LGBTQ content and share disturbing opinions on how LGBTQ identifying persons should be treated today,” she said.

And Zeller was good at her job. She excelled at rallying Republicans to support issues important to the party. The GOP has focused on opposition to LGBTQ rights and coronavirus prevention measures for years.

Zeller, who has taken her grudge to social media, says she has moved to Texas because her professional reputation as a hypocritical enabler of discrimination has been irreparably damaged. Now that everyone knows she’s a member of the group she helped them persecute, even the GOP doesn’t trust her.