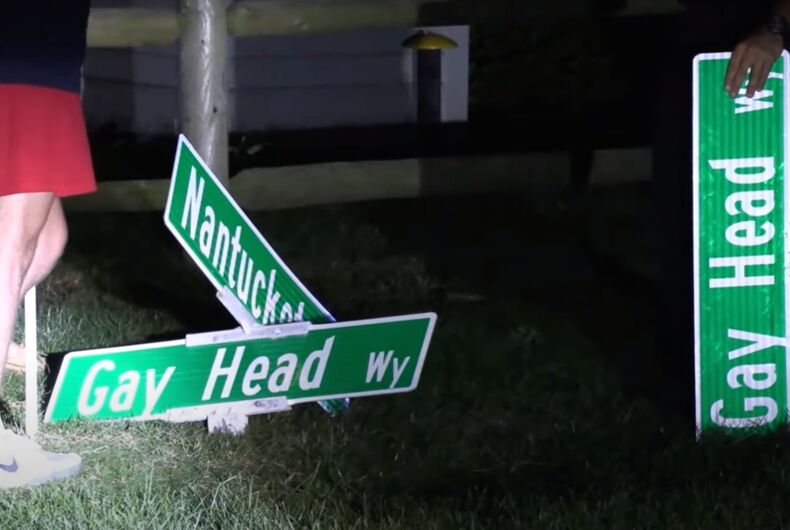 The would-be thieves were trying to steal signs for "Gay Head Way."Photo: Screenshot

The teens were swiping signs for “Gay Head Way,” a name that is objectively hilarious and worthy of pilfering. They tried to make their getaway on bicycles.

Related: Man calls trans teens “f****ts” & accuses them of having sex in public before beating them

The cops showed leniency to the gang of young would-be thieves. The officers forced the trio to replace the signs they’d just taken.

Video taken at the scene doesn’t show the kids’ faces, but it does depict officers catching them in the act and the teens replacing the signs.

South Yarmouth, a census-designated place inside the town of Yarmouth, has a population of about 11,000 people. It’s the village where the professional wrestling company WWE was started.