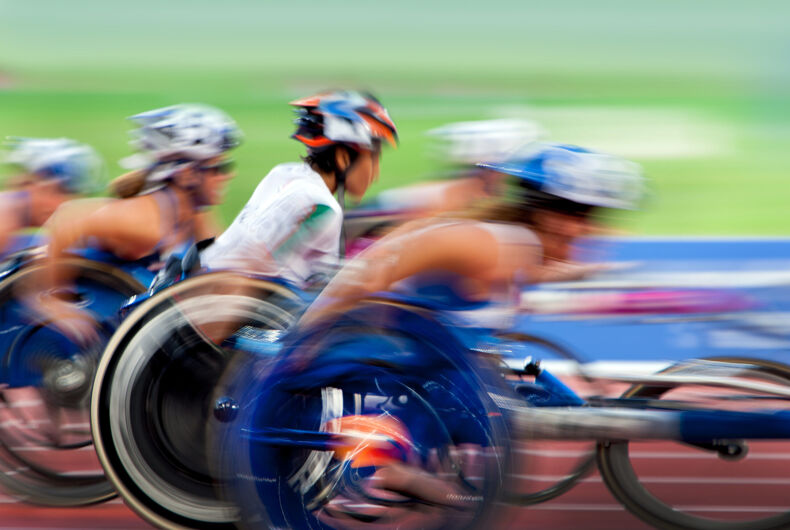 Following several stunning displays and beautiful stories from LGBTQ athletes over the last month at the Olympics, “Team LGBTQ” will look to show out at the Paralympics, which are starting next week.

Already, a record number of out athletes will take part in the Paralympic Games in Tokyo. Initially, out of at least 4,000 athletes expected to participate in 22 different sports, at least 23 of those athletes will be out and taking part in at least 12 of the sports.

While the United States led the way with the most out athletes on their team, both at the 2016 Paralympics and the most recent Olympics, this time they’re actually second in the number of out Paralympians they have. Seven LGBTQ athletes are on Team USA, while eight are competing on Team Great Britain.

Two out athletes are on Team Australia, another two are with Team Canada, and Ireland, Netherlands, Brazil, and Israel each have one out Paralympian on their squad.

“I’ve been really training hard for the past six years, so to end up on the podium really would really be a dream come true,” Lambird told MamaMia earlier this week.

Otherwise, nearly all the out athletes at the games will be women. The only out male athlete is Great Britain’s Lee Pearson, an 11-time gold medalist in para-equestrian sports.

Just as the more than 180 out Olympians combined for more medals than almost 200 competing national teams, the out Paralympians are hoping for a successful Games for themselves and their teams, but Team LGBTQ as well.

“I love seeing our out Paralympians highlighted because it shows that while we still have a ways to go, as a society, we have become more accepting therefore people are able to be their authentic selves and feel safe. It gives me great pride to be part of such a diverse trailblazing group of people,” said out Paralympian Monique Matthews, who will compete in sitting volleyball for Team USA.

Like the Olympics, they were postponed last year due to the coronavirus pandemic, but they are still officially referred to as the Tokyo 2020 Paralympic Games.

The Paralympics will open with the Opening Ceremony on August 24, 2021, and starting the next day, 539 different sporting events will take place until the Games close on September 5. Second Gentlemen of the United States Doug Emhoff will represent the United States at the Games’ opening.

Here’s the list of Team USA’s out Paralympics athletes and the sports they’ll be participating in:

The number of out athletes may change over time. Visit the ever-updating total list on Outsports.