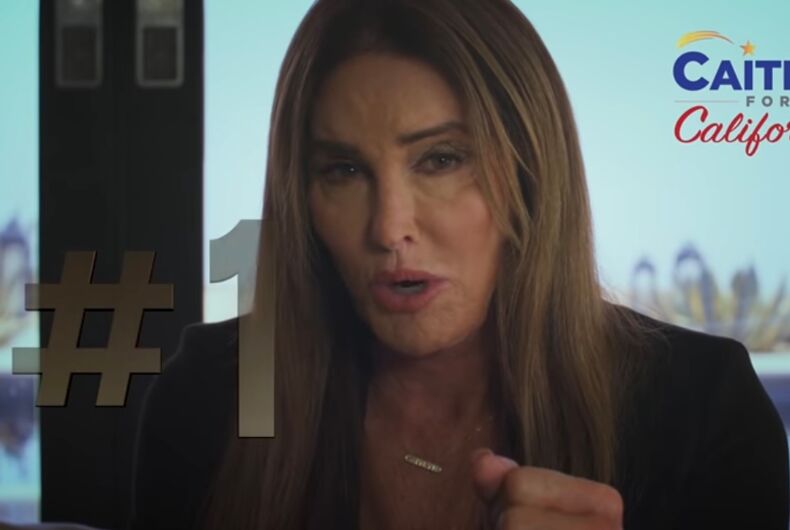 “Makes sense, politicians who wrote it worship tax increases and powers,” she asserts. There isn’t evidence to support it, though.

Related: Fox’s Tomi Lahren slammed for referring to Caitlyn Jenner as “her”

First, depending on the version of the Bible you may have, the length varies. Yet, based on Logos Bible software used by OverviewBible.com, the Bible was originally 611,000 words, and most versions today are about 800,000.

While the word count of the California Code of Regulations is not immediately clear, the code is made up of 28 titles that regulate 200 agencies in the Golden State and is compiled from rules passed by lawmakers over 80 years.

The Bible is typically composed of 66 books, using words attributed to about five different people, and has been edited and published for thousands of years.

Time for a CA government for the people and by the people. NOT the insiders with their special interests, sky high taxes and way too many regulations! pic.twitter.com/pEGYXJ89jy

Caitlyn continued in the ad, “As your Governor, we will grow the economy by removing regulations for small businesses and lowering taxes.”

As footage of someone putting a sign in a window that reads “Dems… Caitlyn for Governor,” Jenner encourages the viewer to support her versus the Democrat and other politicians in office.

“Together we’ll send a message to Sacramento that the power belongs to the people — and we only worship God!”

So far, Jenner has pandered to the religious right for the majority of her campaign, which is already facing an uphill battle. She is hoping to face off, and win, selection to face Newsom in a recall election sometime this fall.

Newsom, a progressive LGBTQ advocate, has managed to avoid recall after five previously organized efforts. He has won nearly every election in his political career overwhelmingly. He had 3 million more votes than his general election opponent in the 2018 election for governor.

Newsom is Catholic and described himself as an “Irish Catholic rebel […] in some respects” in 2008, although he “still has tremendous admiration for the Church and very strong faith.”

Despite his overwhelming popularity, Jenner has tried to set herself apart by claiming that she did not vote in the last election because she preferred golfing, then admitting that she did vote — but had just forgotten about it.

She is standing against trans girls and women in sports although she herself is trans and she previously said she supported it. She’s since pledged to have a “commission” determine whether trans girls can play in sports or not if she becomes governor.

Jenner has declined to admit that Donald Trump did not win the 2020 election. Despite voting and suggesting she didn’t vote for Trump because it was “pointless” in the largely Democrat state of California, she continues to stand behind her support of the former president.

She’s repeatedly tried to attack Newsom by claiming he’s making California worse off than Florida and Texas, which have a majority of Republican statewide elected officials. She made a campaign ad calling California “number one” under Newsom, but for what she views as “oppressive” regulations and taxes.

She also shared a meme she shared from anti-trans advocate Donald Trump Jr., making fun of Assistant Secretary for Health Dr. Rachel Levine, the first transgender person to be confirmed to an appointed federal position by the Senate.

She’s then gone on tirades when she gets made fun of, complaining over comedian Jimmy Kimmel suggesting she’s a “Trump in a wig” and that she wanted to know “Where is the outrage from the left or LGBT community” on this.

Now that right-wingers are rejecting her “scam” campaign and begging conservatives to “cancel” her, Jenner’s ad signaled that she’s trying to court more moderate or centrists voters, despite keeping her message denouncing Newsom’s policies and resorting to religious rhetoric.

She needs the support where she can get it. A poll in May found that only 6% of California voters said they would support her campaign.