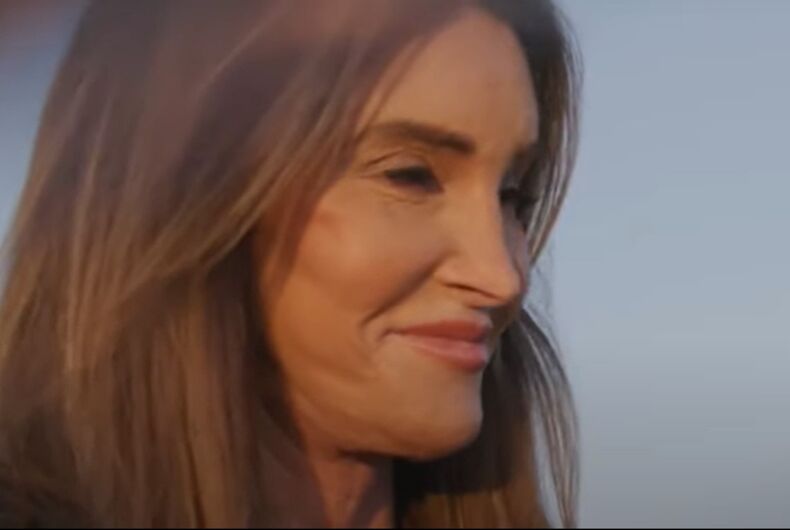 Transgender former Olympian Caitlyn Jenner just can’t stop being herself. And it turns out, the world doesn’t like who she is.

The California gubernatorial candidate shared an ugly post from Donald Trump Jr. on Instagram that mocked Dr. Rachel Levine, a transgender woman serving as Assistant Secretary of Health in the Biden administration.

Trump Jr. posted photos of Jenner side-by-side with Levine under the labels “conservative girls” and “liberal girls” with the caption that “Conservative girls are just better looking.” Jenner, a multi-millionaire, has spent a small fortune on cosmetic surgeries to feminize her appearance.

Actress Alexandra Billings responded to Jenner on Instagram, pointing out that sharing the meme “says volumes about both your self hatred and your blatant transphobia.”

“I know this rage. I lived with it for years and it is still a cacophony of voices that haunt me,” Billings wrote. “But I am not running for a public office and I am not a self proclaimed ‘role model’.”

“You’re in a spiral of spiritual chaos and your search for admiration and public approval is just as transparent as your egocentric, pseudo-Republican, rich, white, privileged lifestyle you flaunt, pretending to be some sort of everyday citizen caring about everyday events.”

“With your private airplane hanger full of lies and your million dollar shoes, you have as much in common with us, as we do with you,” she continued. “It isn’t your Transness people are bothered by, it’s your behavior as a human, Caitlyn. Your profound need to be liked is sadly backfiring.”

Jenner’s campaign has already faced some bumps in the road. Her past support for Donald Trump – which she reiterated – as well as her opposition to transgender rights and alienating comments about homeless people, haven’t won her much support from the left.

In an interview earlier this month that was done in Jenner’s private airplane hangar, CNN’s Dana Bash asked her about her past support for Donald Trump, which she reiterated in a Fox News interview. Bash suggested that it might be a problem for Jenner’s election chances in the upcoming recall election against California Gov. Gavin Newsom (D) because the state voted overwhelmingly for President Joe Biden last year.

When Bash asked about down-ticket races, Jenner said she didn’t care about anything on the ballot last year and that she “couldn’t get excited about it.”

Then Bash asked Jenner how she could expect voters to get excited about her campaign when she didn’t even vote. She just joked in response: “Because I’m cute and adorable.”

But county records cast doubt over her story and say that she actually voted in every general election since the year 2000, including last year.

A shockingly low 6% of California voters said that they would consider voting for Jenner against Newsom, according to a recent poll.