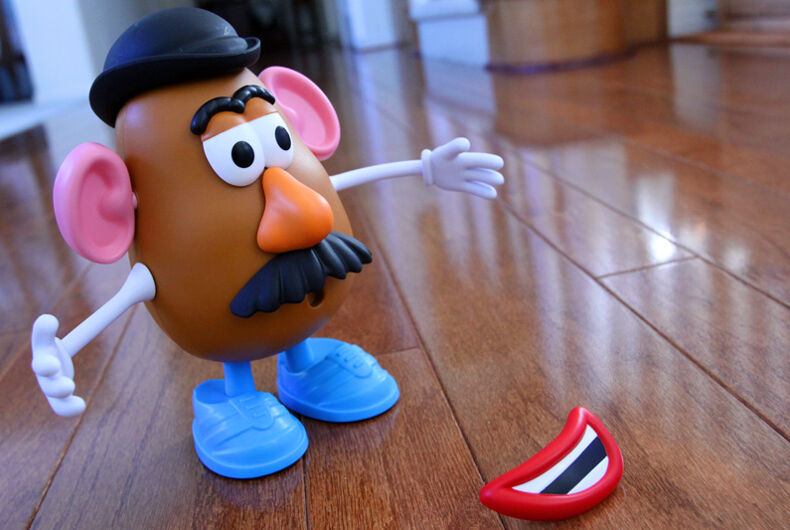 By any normal standard, Joe Biden is pretty low-key for a politician. He prefers to sail under the radar as much as a public figure can, which is all the better as to not to attract even more attacks from the right.

That hasn’t stopped conservatives from complaining incessantly about Biden, of course. But perhaps the most bizarre characteristic of the attacks on Biden is the urge to blame him for virtually everything that goes wrong in the universe. It’s the inverse of the right’s willingness to turn a blind eye to Donald Trump’s many disasters, starting with his handling of the pandemic.

Related: Grand jury investigating Donald Trump may work more hours per week than he did as president

When you tally everything that the right has blamed Biden for so far, you can see it’s an impressive and complete bonkers list. See for yourself.

The fast-food chain that’s a favorite of the religious right has been running low on sauce of late, and thus is limiting the number they’re giving out with their sandwiches.

Republicans were quick to lay the shortage at Biden’s feet. “Is there no limit to how awful Biden’s America can get?” gun-loving Rep. Lauren Boebert (R-CO) tweeted. The real culprit: supply chain issues.

It wasn’t bad enough that the president was taking away your dipping sauce. He was also taking away the wings to dip! Missouri Attorney General Eric Schmitt said the chicken wing shortage was part of “Joe Biden’s America.”

In actuality, the problem was that the cold weather had created problems with flocks. But that’s because the president was….

Rather than own up to a system that failed because of aggressive Republican deregulation, the right pointed the finger at Biden. A popular Facebook post said Biden was “altering the Jetstream” as part of his plan to plunge America into a dark winter.

Hasbro decided in February that the vegetable toy would henceforth be gender-neutral.

The right-wing blew a gasket under the mistaken belief that the spud was a stud. And who was behind this nefarous plot? Biden, of course.

(For the record, the president does not have a side gig as a toy company employee. To our knowledge, anyway.)

The estate of Dr. Seuss recognized that some of his children books contained racist imagery, so they decided not to print them anymore. Suddenly, this morphed into Joe Biden going after the Cat in the Hat.

Leave it to Fox News to distort the news in such a way that it bears no resemblance to reality. In its never-ending effort to frighten its viewers, Fox concluded that Biden’s climate change policy would inevitably lead to Americans being limited to a single burger a month.

Republicans were quick to repeat the lie, because, well, Republicans.

Republicans aren’t content enough pretending that the attack on the seat of democracy didn’t happen. They need to blame it on someone other than the instigator-in-chief, Donald Trump. Who better to take the fall than Biden?

Just a month after the riot, a poll found that nearly half of Republicans held Biden responsible for the treason Trump encouraged.

If Republicans can delude themselves that much, there’s no end to the things that Biden will get blamed for in the next four years.

Pride in Pictures: The smile on my daughter’s face