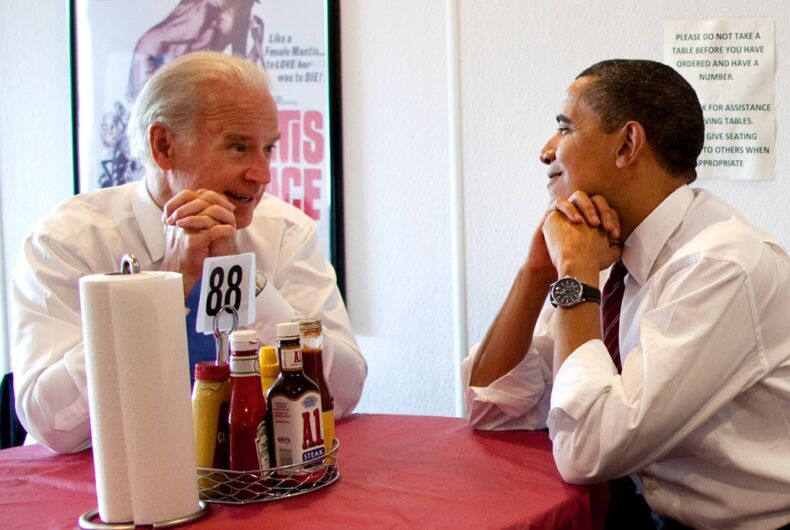 “Is there no limit to how awful Biden’s America can get?” Rep. Lauren Boebert (R-CO) tweeted, linking an article about the Chick-fil-A sauce shortage.

Is there no limit to how awful Biden’s America can get?

Christian conservatives’ favorite fast food joint is limiting the number of small sauce packets it hands out to customers, keeping the number down to one packet per item purchased at many of its 2600 U.S. locations.

“Due to industry-wide shortages, we are currently limiting the number of sauces provided,” the chain said in a statement. “We apologize for the inconvenience and appreciate your understanding as we work through this.”

CNN Business says the problem is a “labor shortage and supply chain issues.” It appears to be affecting individual packets more than bottled sauces, partly because the Centers for Disease Control have recommended restaurants use individual packets to curb the coronavirus pandemic.

Sen. Ted Cruz (R-TX) didn’t mention any of this when he tweeted on the matter.

Chick-fil-A has to limit sauces because of supply chain issues.

Gas stations are having mass shortages and prices are soaring.

The price of groceries are skyrocketing.

Everyday Americans are hurting and they miss Donald Trump’s America.

“It’s a problem,” she tweeted gravely.

Chick-Fil-A is out of sauce.

Joe Biden is officially messing with our chicken.

Brigitte Gabriel of the anti-Muslim organization ACT! for America also blamed the sauce shortage on Biden.

Soon America is going to be out of gas and Chick-fil-A sauce, way to go Joe Biden!

None of these people offered any explanation about how Biden is connected to the sauce shortage.

Conservatives have long felt protective of the chicken chain due to its Christian conservative donations and practices, like closing all restaurants on Sundays, as well as its homophobia.

The restaurant came under fire in 2012 when large donations to the hate group Family Research Counsel and the conversion therapy group Exodus International were uncovered.

The donations continued until at least 2018.

The right rallied in defense of the chain, and in 2019 Texas Gov. Greg Abbott (R) surrounded himself with Chick-fil-A products and signed what was dubbed the “Save Chick-fil-A” bill into law. The bill was, according to Abbott, going to protect the multi-billion dollar business from religion-based “discrimination.”