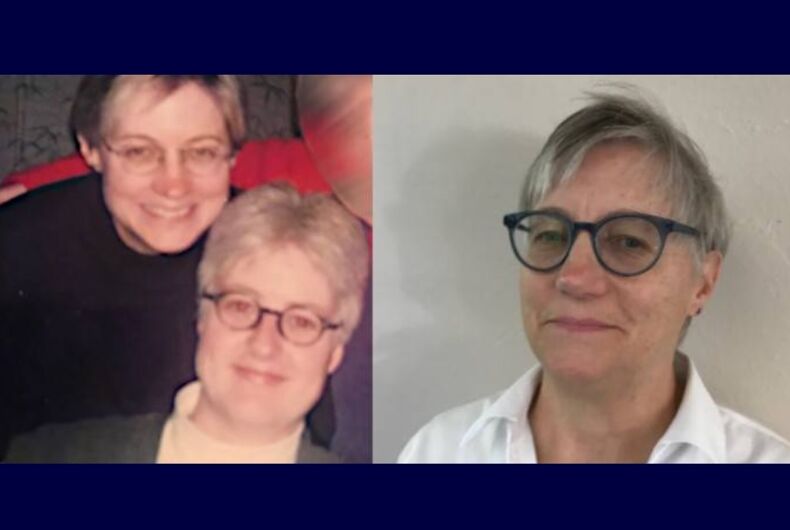 A woman who was denied Social Security survivor benefits after her partner of 27 years passed away has won her case in federal court.

“I’m gratified that the judge understood that, even though we were barred from marriage, our love and commitment was no different than that between heterosexual couples who had the freedom to marry,” Helen Thornton said in a statement about her court victory.

Related: Federal employee willing to be fired rather than watch LGBTQ diversity video

Thornton and Marge Brown of Washington state were together for 27 years before Brown passed away in 2006 due to ovarian cancer.

They lived as a couple, bought a house together, raised a child together, and Thornton helped put Brown through graduate school by working at a grocery store. When Brown got sick, Thornton took care of her for three years.

Thornton had made financial sacrifices in her life to support Brown because they lived as a family, but that wasn’t enough for the Social Security Administration (SSA) to give Thornton survivor benefits after Brown passed away. The two women weren’t legally married – Thornton passed away years before Washington would recognize marriage equality in 2012.

Now U.S. District Judge James Robart of Seattle has ordered the SSA to give Thornton the survivor benefits, saying that denying her the benefits violates her constitutional due process and equal protection rights.

The SSA argued in court that the ban on benefits for same-sex couples who weren’t officially married before marriage equality was legal “reduces the risk of fraudulent marriages.” But Judge Robart said that the SSA can’t use Washington’s ban on same-sex marriage to deny people benefits, calling the marriage ban “an unconstitutional law that discriminated on the basis of sexual orientation.”

“We are delighted for Helen and similarly situated same-sex partners nationwide who can no longer be treated as strangers in death to their loved ones,” said Lambda Legal’s Peter Renn.

“We gladly paid into the Social Security system through our jobs, and it is an enormous relief to know I’m entitled to the same financial protections that are available to surviving spouses,” Thornton said.

Earlier this year, Michael Ely, a gay man in Arizona whose husband James Taylor passed away in 2014, won a federal court case after he too was denied Social Security survivor benefits.

They were together for 43 years and they married a month after a judge legalized marriage equality in their state. But six months into their marriage Taylor passed away.

The SSA originally denied Ely benefits, saying that they had to have been married for nine months for Ely to qualify for benefits. Because the nine-month requirement was “based on an unconstitutional Arizona law, it cannot withstand scrutiny at any level,” a federal judge ruled in that case.

A similar case is being heard in federal court in North Carolina.

In the Washington case, the judge recommended a nationwide order requiring SSA to reconsider claims for survivor benefits and to stop denying survivor benefits to same-sex partners just because they couldn’t legally get married in the past.