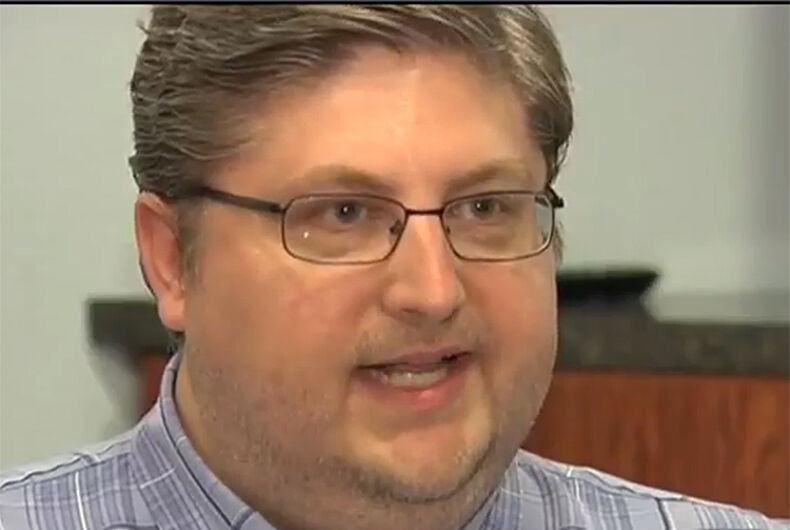 David Hall of Illinois is so determined to avoid watching a workplace training video about LGBTQ awareness, which is a requirement of employment at the federal Social Security Administration, that he has accepted an unpaid suspension of two days and has hired a lawyer in anticipation it may cost him his job.

Hall told WCIA-TV in Champaign, Ill., he expects to be fired for not signing a form that acknowledges he’s seen the video.

“They wanted me to certify that I had completed the training,” said Hall. “I’m not going to certify sin.” Hall, who was cited for insubordination, claimed to have requested a religious accommodation, and said that was denied. SSA officials refused to comment on a personnel matter. According to Hall, the issue is in the compulsory nature of the training video.

“My complaint is more with the fact that it was mandatory. We have never done that for another particular class of people. This is the only group of individuals that we’ve done it for. We haven’t done it for veterans, the disabled, blacks, Hispanics, or anything else.”

Hall said his work does not include interacting with the public, fortunately. From his interview with WCIA, the video is apparently forcing him to acknowledge what can only be described as his own homophobia.

“I would argue that it’s not a training video,” said Hall, “It’s promoting an agenda and a lifestyle that I simply don’t agree with.”

“How do you know that if you haven’t watched it?” asked reporter Aaron Eades.

Hall replied, “How do YOU know that it’s not, that it’s prompting awareness? I don’t need to certify to be culturally aware. What am I being aware of? It’s not a training video. I treat a human being the same way I would want to be treated.”

“If that’s the case,” says Stephanie Skora, “Then he shouldn’t have any problem watching the video, knowing that, as much as he may be disagreeing with its content, he will be treating everybody equitably at the end of the video as he did at the beginning of the video.” Skora is the president of Champaign county’s UP Center, an LGBT social services agency.

“At first glance I was confused and thought he thought that there was depiction of gay activity in the video or something,” said Skora.