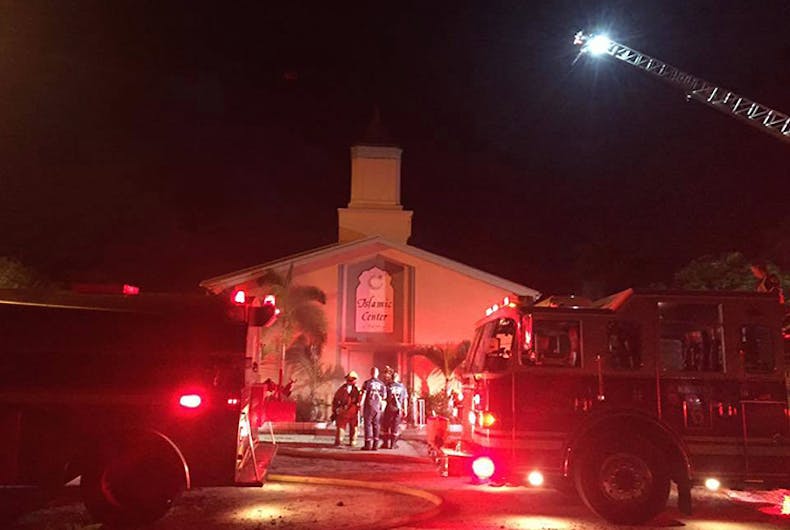 A leading Jewish group that combats bigotry is condemning a fire set at a Florida mosque that authorities are investigating as a possible hate crime.

Hava L. Holzhauer is Florida regional director of the Anti-Defamation League. Holzhauer released a statement Monday saying the Islamic Center of Fort Pierce’s congregation should know that it is not alone.

Given the timing — Sunday’s 15th anniversary of 9/11, the start of the Muslim holiday Eid al-Adha, and because Monday marks three months since the massacre  — investigators believe the blaze that broke out shortly before midnight Sunday at the Islamic Center of Fort Pierce may have been a hate crime, St. Lucie County sheriff’s spokesman Maj. David Thompson said.

Omar Mateen once attended the mosque. He opened fire inside Pulse, a gay nightclub, on June 12, killing 49 and injuring 53. Mateen’s father attends the mosque.

Muslim leaders said this was the latest incident in an escalating campaign of harassment and violence against the house of worship and its members.

No one was injured. The fire burned a 10-by-10-foot (3-by-3-meter) hole in the roof at the back of the mosque’s main building and blackened its eaves with soot.

A surveillance video from the mosque showed a man on a motorcycle approaching the building with a bottle of liquid and some papers, then leaving when there was a flash and shaking his hand as though he may have burned it, Thompson said.