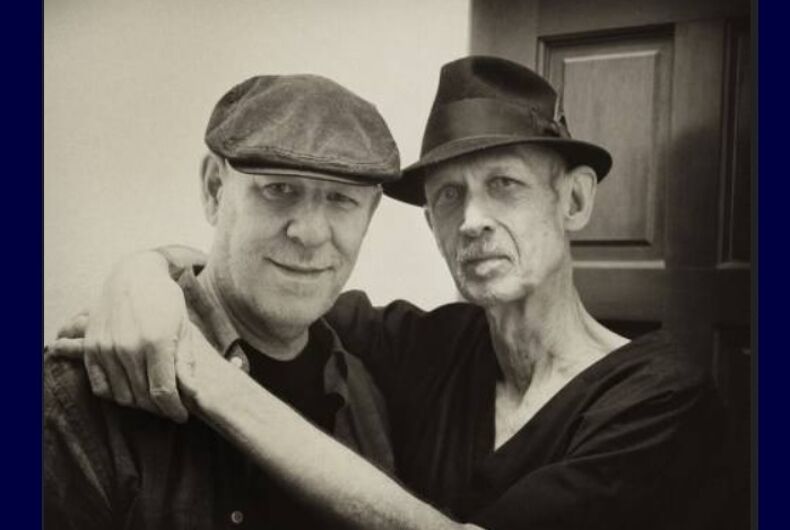 A federal judicial magistrate ruled that a widower is entitled to survivor benefits after the death of his husband of 43 years, which the Social Security Administration had denied him because they were not legally married long enough.

U.S. District Court for the District of Arizona Magistrate Judge Bruce Macdonald ruled that Michael Ely qualified for survivor benefits following the death of his husband James A. Taylor, even though they were only legally married for six months.

“It is gratifying to have the court today recognize the 43 years of love and commitment that my late husband and I shared, rather than looking only at the date on a marriage certificate that we were denied for most of our lives,” Ely said in a statement.

Ely and Taylor have been in a relationship since 1971.

“My husband was the love of my life,” Ely said. “Like other committed couples, we built a life together and cared for each other in sickness and in health.”

He said that they would have gotten married, except it was illegal in Arizona, the state they called home, until 2014. They got married a month after a judge overturned the state’s ban on marriage equality, and six months later Taylor passed away after a battle with cancer.

Ely applied for Social Security survivor benefits, which are based on a deceased person’s income but given to their spouse if the spouse outlives them.

But the Social Security Administration denied him the benefits because survivors must have been married to their deceased spouses for at least nine months. Despite Ely and Taylor’s 43-year relationship, they were not legally married long enough.

“We got married as soon as the law permitted,” Ely said. “My husband paid into Social Security with every paycheck, and I know he can rest easier now knowing that I, at last, will start receiving the same benefits as other widowers.”

In court, the Social Security Administration argued that it was applying the law neutrally and had not discriminated based on sexual orientation.

“Because the duration of marriage requirement is based on an unconstitutional Arizona law, it cannot withstand scrutiny at any level,” he wrote in his decision.

“The unconstitutional infringement on Mr. Ely and Mr. Taylor’s fundamental right to marriage is now being perpetuated further by the denial of Mr. Ely to obtain survivor’s benefits.”

“This is a tremendous victory for many surviving same-sex spouses nationwide who have been locked out of critical benefits because they were unlawfully barred from marriage for most of their relationships,” Lambda Legal’s Peter Renn said in a statement.

“Many same-sex couples were in loving, long-term, and committed relationships for decades — and they shouldn’t be treated as strangers in death simply because they were unable to marry for most of that time. No one should be penalized for being the victim of discrimination. The denial of access to these critical benefits can have dire consequences, with some of our class members experiencing homelessness.”

Same-sex couples in North Carolina and Washington are suing the Social Security Administration for similar reasons.