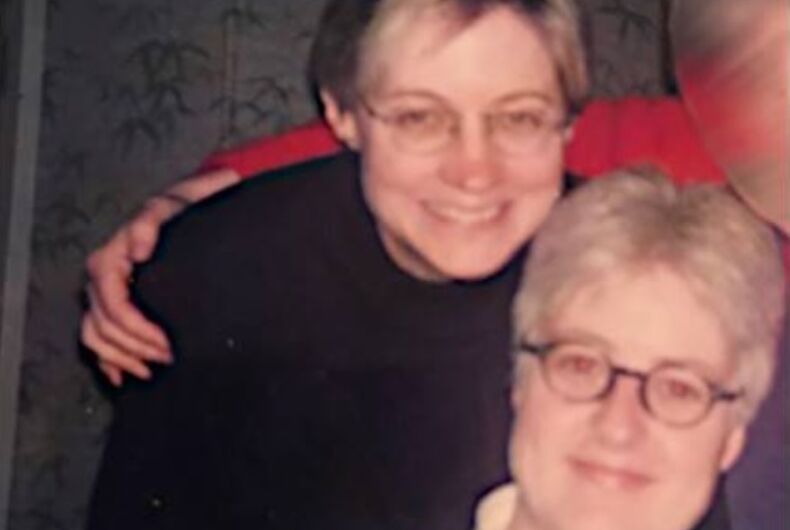 A woman who was denied survivor benefits from Social Security because she was in a relationship with another woman is suing.

Lawyers for Helen Thornton of Olympia, Washington appeared in a federal court in Tacoma court last week to ask a judge to overturn the Social Security Administration’s (SSA) refusal to grant her survivor benefits after she was with Marge Brown for 27 years.

Brown and Thornton met in 1978 through a women’s art group, according to Thornton’s complaint, and they moved in with each other in 1979.

Over the next 27 years, the women bought a house, raised a son together, and were generally recognized by their community as a family. Thornton helped put Brown through graduate school by working at a grocery store, and when Brown was diagnosed with ovarian cancer in 2003, Thornton cared for her for three years.

In 2006, Brown passed away, six years before Washington state would recognize marriage equality in 2012. Brown left everything to Thornton in her will.

“We would have gotten married had we been allowed to get married but were not allowed to by the state of Washington,” Thornton said.

Even though their finances were intertwined and Thornton made sacrifices for their relationship – like married couples do – she was denied survivor benefits when she applied in 2015, just before she turned 60.

Social Security requires that a couple be married for nine months in order for a widow to be eligible for survivor benefits. Since Brown and Thornton couldn’t get married, the SSA is refusing to give Thornton the nearly $1000 a month in benefits that she would otherwise be entitled to.

Lambda Legal is representing her in the case, and they said in a statement that SSA is using an unconstitutional law – Washington’s old ban on marriage equality – to deny Thornton benefits she is due, benefits that the couple paid for.

“Heterosexual surviving spouses are able to count on the critical financial protection of survivor’s benefits after the death of their loved ones, but SSA casts surviving same-sex partners like Helen aside, even though they paid the same lifetime of contributions from their paychecks,” said Peter Renn of Lambda Legal in a statement.

Other same-sex widows and widowers – one in North Carolina and another in Arizona – have filed lawsuits in the past couple of years for survivor benefits, arguing that Obergefell v. Hodges struck down state bans on marriage equality in 2015, so those laws can’t be used to justify denying benefits.