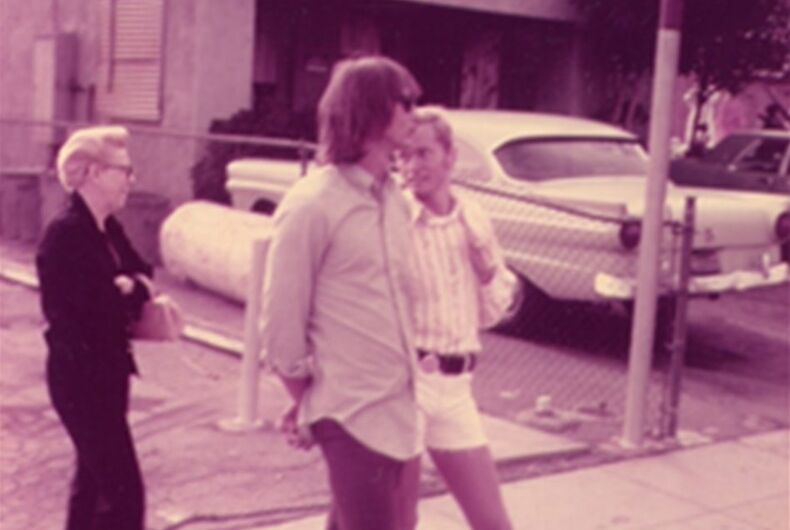 What made this moment so special:

“I am a Kansas farm boy that had a Christian upbringing, and coming out was extremely difficult for me. After struggling with religious attempts to be ‘healed’ and psychiatric attempts to be ‘cured,’ I finally gave in and accepted myself as gay in 1968.

“In this photo on June 28, 1971, Jamie Dibbins, my boyfriend at the time, and I are waiting for our place to enter the gay pride parade – I marched down the middle of the streets in Los Angeles holding hands with Jamie. I felt so liberated!