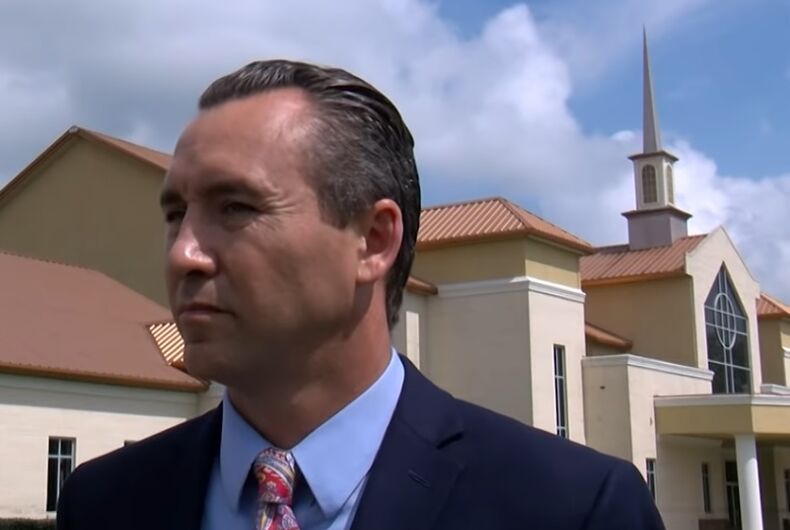 A pastor who was arrested last week for holding church services – despite a state Stay-at-Home order that banned groups of over 10 people from congregating – bused in hundreds of congregants to hold a service on Sunday where he told people they had “nothing to fear but fear itself.”

Spell faces six misdemeanor charges in connection to his continued church services. Police Chief Roger Corcoran issued a statement calling his actions “reckless and irresponsible decisions that endangered the health of his congregation and our community.”

But Spell was not deterred. His church sent 26 buses to pick up congregants, saying that people in his church “would rather come to church and worship like free people than live like prisoners in their homes.”

He said that people are suffering from depression and anxiety at home. “Could it be that it is worse than the people who have already contracted this virus and died?” he asked, implying that staying at home for a couple of weeks is literally worse than death.

Earlier, Spell was on CNN, where he said that he expected 1800 people to attend the service.

“We bring people in to the house of God, feed them both natural food and spiritual food and then we go back into our respective places,” he said, adding that while he believes “the science of this,” his church has a “command from God.”

Spell’s lawyer said that the Stay-at-Home order is unconstitutional.

“We believe the governor is wrong,” said attorney Joe Long. “And we look forward to proving our case in court.”

As of Sunday morning, Louisiana has had 13,000 cases of coronavirus and 477 deaths from the disease.

One congregant explained that he’s “not scared of this virus.”

But Bobbye McInnis, a neighbor of the church, called the services “utterly ridiculous.”

“They’re just afraid there’s not going to be enough money in the collection plate,” McInnis said. “You take all these buses and go to another parish and bringing in people, well they could be bringing in people who have the virus.”

Spell, though, believes that the church has been appropriately cautious. He said that congregants kept a distance of six feet from one another, except for immediate family.

Tampa, Florida pastor Rodney Howard-Browne was also arrested last week for holding church services in defiance of that state’s Stay-at-Home order. Howard-Browne said that his congregants kept a distance of six-feet apart, even though video of the church service showed people standing much closer together than that.