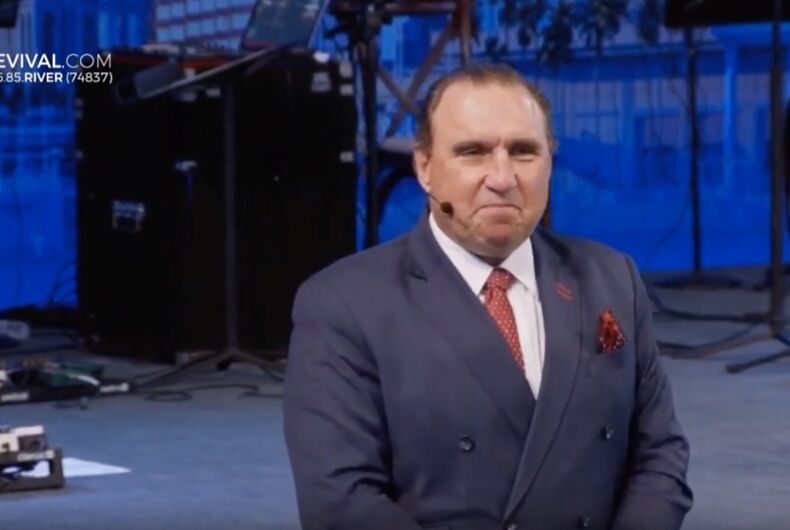 As more states order people to stay home as much as possible and close down commerce to prevent the spread of coronavirus, some states are making sure there’s an exemption for church services.

Countries all over the world have been grappling with temporarily suspending church services, which bring hundreds, even thousands, of people together in small spaces, often touching many of the same objects.

But the desire to slow the spread of the disease is butting up against reticence to ask religious people to make sacrifices in a time of crisis.

In Florida, a stay-at-home order set to go in effect tomorrow will allow people to leave their homes to exercise, take care of pets, and attend “religious services conducted in churches, synagogues, and houses of worship.”

Tampa Pentecostal Pastor Rodney Howard-Browne was arrested earlier this week for defying the already-implement state ban on big group gatherings when he held a church service on Sunday. At the service, he promised congregants that the church was “the most sterile building in, I don’t know, all of America” and said that he had machines that shoot down sneezes, claims that cast doubt on his ability to implement measures to stop the spread of coronavirus even if he holds services.

The order also suggests holding church services in parking lots so people can stay in their cars while listening to the sermon, but it’s not required.

“That’s an area we don’t have the ability to directly enforce or control,” Whitmer said, explaining that Republicans in the state legislature put pressure on her to include a religious exemption.

Kansas’s stay-at-home order excludes churches but requires them to engage in “appropriate social distancing” during services. New Mexico’s order does as well. Both states have Democratic governors.

Ohio’s religious exemption is broader, allowing large gatherings of people “for the purpose of the expression of First Amendment protected speech.”

Rachel Laser of Americans United for the Separation of Church and State said that even though state governments are implying in their statements that the First Amendment bans them from restricting church services during a global pandemic.

“The Constitution not only permits it, but demands it,” she said in a statement. “Such restrictions do not violate religious freedom; they ensure religious freedom is not misused in ways that risk people’s lives.