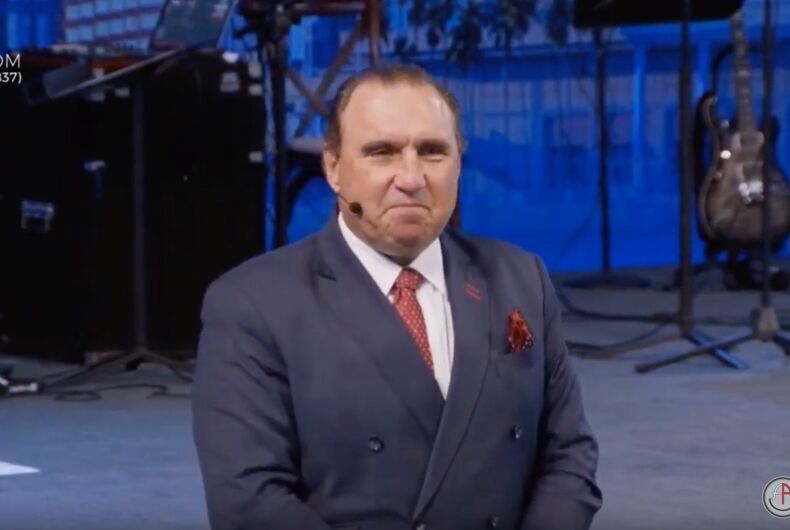 The Hillsborough County Sheriff’s Office has obtained a warrant for the arrest of Tampa, Florida pastor Rodney Howard-Browne after the pastor refused to abide by a government order limiting public gatherings. The temporary measures are part of the response to the COVID-19 pandemic.

The eccentric pastor has already made several wild claims about his power over coronavirus as he defied social distancing requirements. He has claimed the church installed 13 machines to shoot down sneezes to keep the sanctuary sterile and promised his followers that if they trust in God, they will never run out of toilet paper.

“Because of the reckless disregard of public safety and after repeated requests and warnings, I worked with our state attorney, Andrew Warren, to obtain a warrant for unlawful assembly and violation of public health emergency rules, both of which are second degree misdemeanors,” Sheriff Chad Chronister said at a press conference.

“Our goal here is not to stop anyone from worshiping, but the safety and well-being of our community must always come first.”

“I’d remind the good pastor of Mark 12:31, which said there’s no more important commandment than to love thy neighbor as thyself,” Warren added. “Loving your neighbors is protecting them, not jeopardizing their health by exposing them to this deadly virus.”

While authorities expect the minister to turn himself in peacefully, making himself a martyr for the religious right, they say they’re prepared to act.

“If he doesn’t, then we’re going to be forced to be police officers and go get him,” Chronister said.