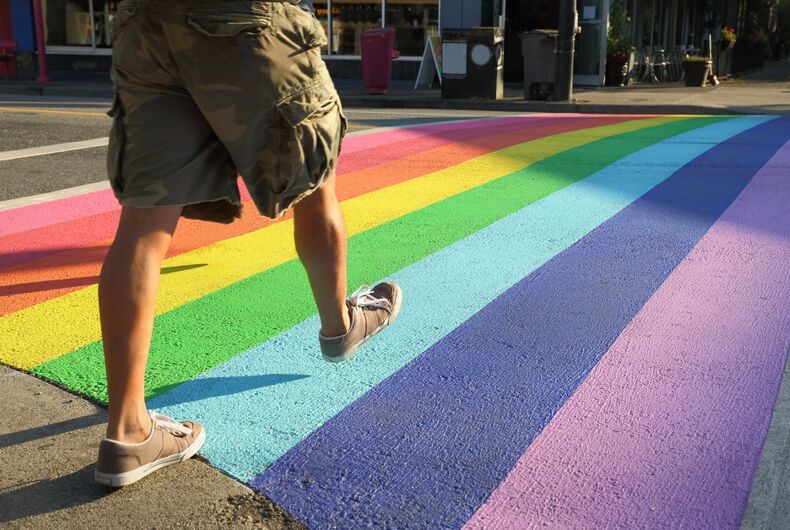 Dallas will soon become the city with the most rainbow crosswalks in the country. Ten are currently being installed in the city’s LGBT neighborhood of Oak Lawn, a place that NBC News described as “the heartbeat of the North Texas LGBT community.”

A group of business owners and elected officials collectively raised the money for the $128,ooo project; no public funds will be used. Since the neighborhood is near the airport, they even secured a donation from Southwest Airlines.

“This is still the geographic heart of our community,” Tony Vedda, President and CEO of the North Texas LGBT Chamber of Commerce, told NBC. “So to have this, I think people will feel pride in knowing that we’re doing something to not just preserve this community but to really make it stand out.”

Last October, the Trump Administration even told the city of Ames, Iowa that its crosswalks were in violation of federal law because they distracted drivers and encouraged loitering in the street. Ames lawmakers knew they were not in violation and ignored the directive to remove the crosswalks.

Still, many Dallas residents remain excited and have been celebrating by taking selfies at the first crosswalk to be installed. City Council member Adam Medrano wrote on Facebook:

“FINALLY! As chair of the LGBT task force one of the things I heard over the last seven years was that our community needed representation, a symbol that would let you know you were in the City Of Dallas’ LGBT community.  Today is a day of celebration and it would not have been possible without the help of the LGBT Taskforce, the many financial donors, the North Texas LGBT Chamber of Commerce , and the community for working towards this goal! We FINALLY have our crosswalks!

FINALLY! As chair of the LGBT task force one of the things I heard over the last seven years was that our community…