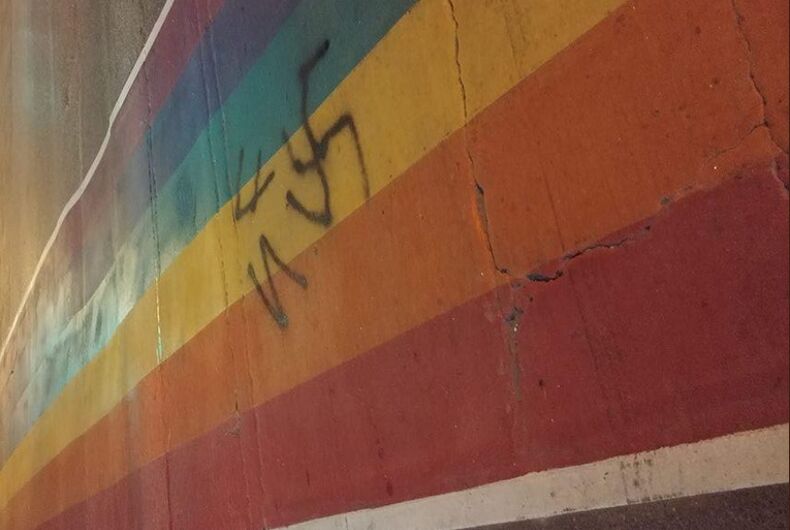 Police are looking for two people who painted swastikas on a rainbow crosswalk.

Investigators believe that the crosswalk in Toronto’s Gay Village was defaced this past Thursday.

While they believe there were witnesses present for the act that occurred “right in the open,” the vandals “deliberately” concealed their identity and police have not been able to identify them.

Yesterday, 2 ppl deliberately trying to conceal their identity committed a despicable Hate Crime in the @ChurchWellesley Village. If you saw this swastika being painted in the Church and Alexander St. intersection, please contact @TorontoPolice Sgt Dyck @TPS51Div 416-808-5184. pic.twitter.com/bu1sy4mArV

By Friday, the local neighborhood association had already cleaned the graffiti.

“Last night it happened that we were aware and able to remove the offensive graffiti quickly,” said the Church Wellesley Neighbourhood Association in a statement on Friday. “The goal was to give the offender no satisfaction from the deed and to show a united front against hate in our community.”

Toronto police are asking that anyone with information about the vandalism call 416-808-5184.