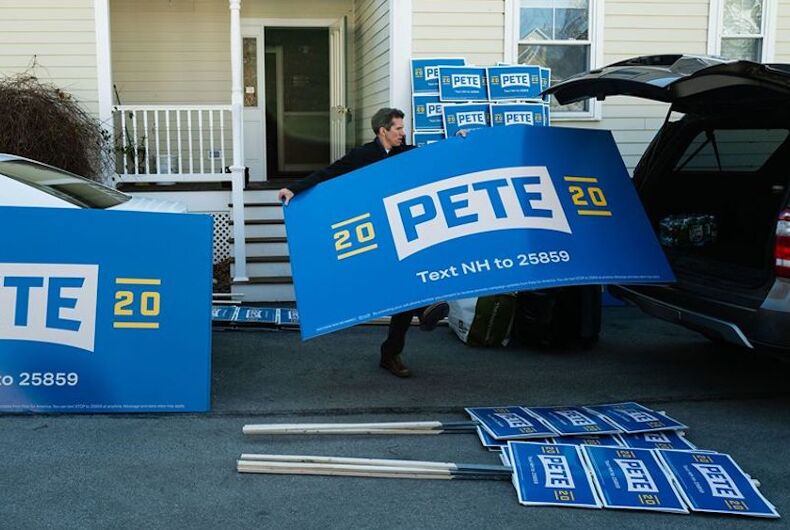 Democratic voters in another small, disproportionately white state went to the polls on Tuesday. Unlike the Iowa caucuses, the New Hampshire primary went off smoothly, although the results show a party still uncertain of what direction it’s heading.

Former Vice President Joe Biden and Sen. Elizabeth Warren, both one-time poll leaders, lagged well behind, leaving the viability of their campaigns in doubt. Before the votes even came in, Biden had already departed to South Carolina, considered his firewall. Unfortunately for him, recent polling there shows some cracks in that wall.

Poor results also led Andrew Yang to call it quits too. For someone who was largely a single-issue candidate, Yang hung on for a remarkably long time, long after much more feasible candidates, like Cory Booker and Kamala Harris, fizzled out.

Of the three frontrunners, Sanders may have the clearest path forward. Warren was his main competition for the progressive vote and with her campaign diminished, he has that lane to himself.

Buttigieg, who pretty much tied with Sanders in Iowa, came in a close second in New Hampshire. But he has fashioned himself as the (relatively) moderate alternative to Sanders, and now he finds himself locked in a three-way battle with Klobuchar (who clearly doesn’t like him) and Biden, who has the resources to keep going for a while in hopes of a comeback.

With his strong fundraising and on-the-ground organizations, Buttigieg is in better shape for a long primary season than Klobuchar. He may become the hope for Democrats not thrilled with the idea of nominating a septuagenarian socialist who just had a heart attack last fall.

However, Buttigieg may have some competition from former New York City mayor Mike Bloomberg. As a billionaire, Bloomberg is able to self-fund a massive ad campaign that has him inching up in the polls. Bloomberg’s problem is that he isn’t on the ballot in the early states. At that point, the race may be too late to change in his favor.

Perhaps the most troubling news for Democrats is not that the race is so unsettled and voters are having a hard time making up their minds. Turnout has been down compared to 2016, both in Iowa and New Hampshire, at a time when the party is counting on a fired-up electorate to carry it to victory in November.

The reasons are unclear. It could be that voters are happy with all of the candidates, so don’t feel the need to single one out. But the other explanation is that voters aren’t as fired up as the Democrats hope–or, more ominously, need. That’s a signal worth watching as the primaries play out.

Tré Melvin is still the King of Black YouTube