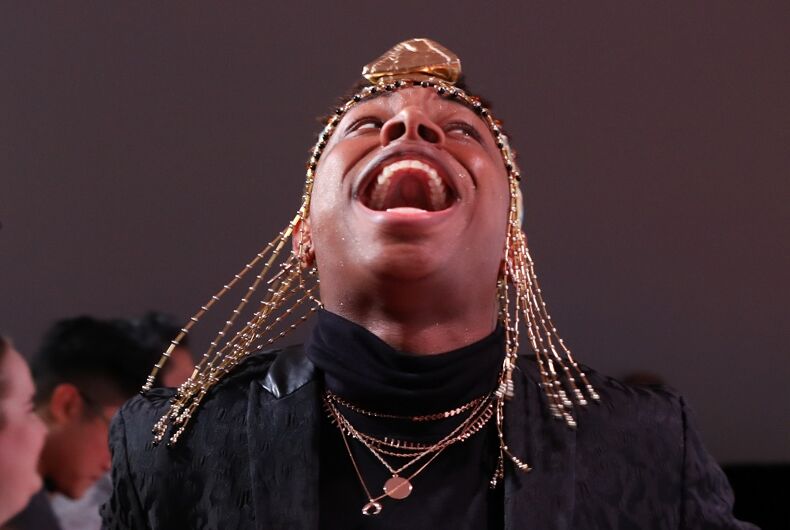 It is amazing that Tré Melvin’s name isn’t emblazoned on the walls of the rooms of every young Black creative trying to make a name for themselves with a camera, a wig and a dream. This Is a Commentary, the former name of Tré Melvin’s YouTube Channel, didn’t start doing anything particularly new in terms of genre.

True, there are already plenty of Black personalities on social media willing to put on a wig and download voice-altering software to give the caricature of role versatility. What made Tré Melvin’s channel important was the care he put into the message of his channel; one where authenticity did not look like saying any and every wild stereotype for the sake of a laugh, but rather one where the world was a stereotype and his characters – regardless of their own cliché – replicated it in their own important ways.

Related: This trans teen was harassed on Twitter. Her comeback was brilliant.

At the inception of This is a Commentary, when his channel was more of a list of skits and videos, Melvin seemed to only dabble in the universal fun that was early YouTube. Since then, Tré Melvin has become a seasoned director, musician, and personality recognizable by a nonchalant attitude to the culture he pioneered and a cadent comfort surrounding the relationship his viewership has with his material: a community that has never seemed to betray him, and he has never seemed keen on betraying in turn.

For Melvin, loyalty has always looked like a return to the familiar elements of what made him famous, even when spicing up the genre with an all-new take within its social commentary.

Often, Tré Melvin’s most prized character, Watermelondrea – a fictional character of his own branding and creation – has gone to bat on many topics including school shootings, islamophobia, transphobia, and homophobia, just to simultaneously force the commentary forward by confronting the nature of anti-Blackness within the community.

In the seven years on YouTube, Melvin has developed a talent for flipping noteworthy dialogue into humor – a trait that looks less effortless as one might describe Viners of the past and more masterful as can only be described in dedicated genius.

Perhaps what was the most persuasive moment in Tré Melvin’s portfolio was coming out, first as bisexual in 2014 and later as gay in 2016. His story trailed what many call a cultural reset of Frank Ocean’s own coming out, a moment that challenged the very bedrock of mainstream sexuality in Black entertainment.

Since then, his content did its finest to reflect as diverse a background of identity as possible which, while predominantly featuring his drag personas, also manages to stay ahead of a particular conversation’s momentum, even when dabbling in ordinary pop culture sensation and headlines.

As of 2020, Tré Melvin is one of a dying breed on Youtubers. During his earliest prime (because, honestly, Tré Melvin has gone through many) YouTube did not give Black creatives as much publicity as what was shared with White creators. For many years, Black History Month went forward as one of the few themed months without playlists advertising creators in the same way the spotlight was shared across the board.

During these earliest years, he absorbed sponsors and participated in some of the most breathtaking collaborations in the “niche” network of Black creators, reflecting a trend that might manifest on a new medium, but reflected almost a century and a half of social dissonance in the entertainment industry, a trend that forced many Black artists of the past to create their own access through the steadfast hard work of entrepreneurship and self-determination.

Likewise, Tré Melvin only seems to be working into the next generation of quality Black art and entertainment: opening the door to support whoever is meant to follow him into a new world and commentary.