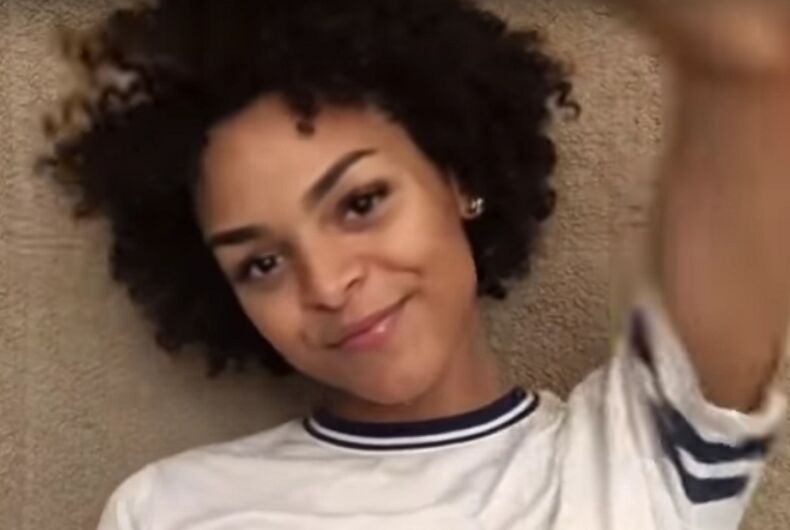 Sonnis Love, 17, is a model from Los Angeles. She’s also a popular YouTuber, so images of her can be found online.

Earlier this month, a man on Twitter who does not appear to know her used her images to degrade transgender women.

“This specific post provoked me to reply because not only did it disrespect me as a woman but I also felt a little violated,” she told BuzzFeed. “The tweet was basically fishing for transphobic comments just for pure entertainment, in my opinion.”

So she posted a comeback.

The real question is would I fuck y'all? HELL TF NO ??‍♀️ https://t.co/WcTPYvhczo

And of course people posted memes of support, as one does on Twitter.

“I would like to say that I don’t mind being the target of discrimination as long as I’m inspiring others to be themselves and educating the world,” she said.

It’s great that she is receiving support, and she seems like a smart and confident person in her interview with Buzzfeed.

But she shouldn’t have to be. This story is about a stranger using an African American 17-year-old girl’s pictures in a vulgar, misogynist joke. It’s a sign of how little some people value black girls’ lives.

This dog almost got kicked for wearing a marriage equality bandana