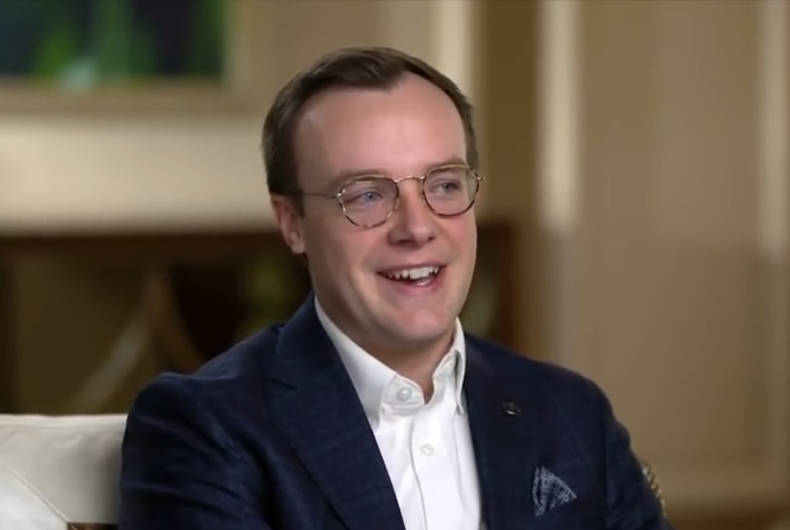 In the 2020 edition of their interview series “Running Mates”, which focuses on the spouses of Presidential candidates who could become potential first partners, Chasten Buttigieg opened up on a widespread amount of topics related to his life prior to being in the spotlight.

He spoke openly about topics such as including being disowned by his family for his sexuality, being subject to criticism from Rush Limbaugh, and being the partner to the most prominent out candidate in American history.

Before taking Pete’s last name, Chasten Glezman grew up in Traverse City, Michigan, and attended a high school where “if you weren’t on the football team or one of the jocks…you were picked on and bullied and belittled.” There, he says he “dealt with a multitude of Rush Limbaughs when I was walking through the hallways.”

I’ve been dealing with the likes of Rush Limbaugh my entire life. I’m most worried about young people who hear that kind of hate and wonder if they belong. We need to restore moral leadership in the White House and build a kinder, more inclusive country.pic.twitter.com/YGk3m19l9A

By the time he was 18, though, Chasten was facing much tougher obstacles than just bullies. When he came out as gay, his family initially disowned him and he was homeless for a time following graduation. Chasten also opened up more about being sexual assaulted by “a friend of his friends” as that same age.

“When I came out, I was certain that I’d lose everything. I was so certain that I would be a disappointment to my family and my community and my church and my friends that rather than stick around and find out if I was going to be OK, I ran away from it,” he told ABC News interviewer Linsey Davis.

Chasten also explains that “I have a happy ending to that story,” now that most of his family is more supportive. “I got to go home. I got to go home to two loving parents who were terrified for me because they loved me,” he said. He doesn’t mention his brother Rhyan Glezman, who has on occasion criticized his brother and brother-in-law as hypocritical Christians for their relationship, including this week on Fox News.

On his assault, Chasten explained that he felt shame for so long and that Pete was one of the few people who understood “how difficult maybe a touch on the shoulder could be” for him. “As somebody who held on to that for a really long time…that shaped me in a really negative way [with] trying to open up to love.

He opened up about meeting Pete on the dating app Hinge in the summer of 2015, while the latter was well into his first term as mayor of South Bend. “I won’t lie, it was the picture of him in the military,” Chasten Buttigieg said with a smile and a laugh. “I’ll tell the truth.”

After Pete came out that year, the pair went out for three years before marrying during Pride festivities in 2018. By that time, the then-mayor was already being considered by some to be a future candidate for President. In explaining his decision to take Pete’s last name, Chasten says “I just want our kids to have the same last name.”

“And this is probably going to sound really funny, but I really like the name Buttigieg,” he beams.

The rest, so far, has been historic. “I have seen Peter go out there and change people’s lives, saved people’s lives because of the visibility of this campaign and because of the message that he’s offering the American people,” Chasten gushed about Pete’s success to date. “I’m very proud to share him with the rest of the country.”

While he admits the campaign life has been hard on their relationship, Chasten believes Pete is “really good at” keeping him grounded and feeling loved throughout.

“I obviously want [him] to be president. but if for some reason it doesn’t work out, I will not for one moment hang my head in shame.”

The entire 9-minute feature is below.