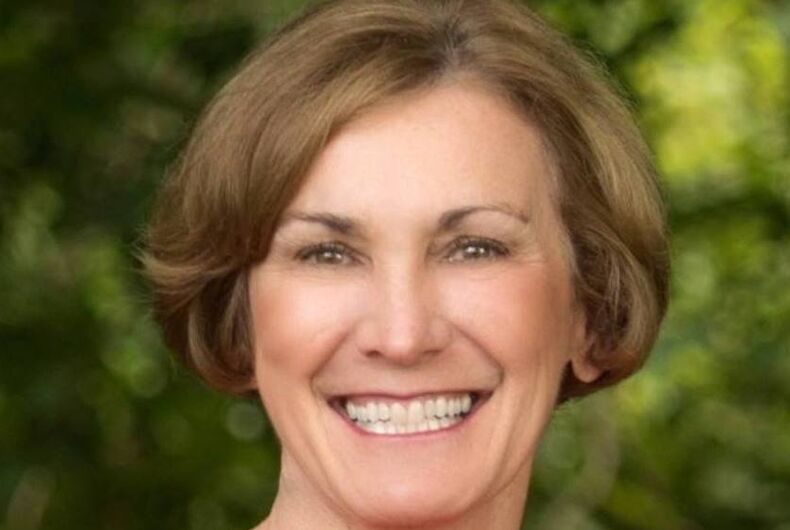 While most of the focus is on the presidential race, who will control the Senate next session is just as important. A hypothetical President Pete (or Biden or Bernie) won’t have a chance of getting anything accomplished as long as Republicans control the Senate.

In that regard, Democrats got some good news last week when Secretary of State Mike Pompeo decided he wasn’t going to run for the Senate seat up for election from Kansas. The seat is opening up with the retirement of Pat Roberts, and Pompeo would have been a shoo-in for the nomination – and likely the election itself.

Without Pompeo in the race, the Democrats have a real chance of picking up the seat. That’s because the likely Democratic nominee, Barbara Bollier, has deep roots in the state—mostly as a Republican.

Until December 2018, Bollier was a member of the GOP. A retired physician, she was elected to the state House in 2010 and to the state Senate in 2016 — but the rightward drift of the party proved to be too much for her. Trump was bad enough, but what pushed her over the edge was the party’s anti-trans position.

As a pro-LGBTQ Republican, Bollier was always an uncomfortable fit with the Kansas GOP. In recent years, the state party has been a symbol of all the worst excesses of the Republican brand. In February 2018, they issued a platform that declared, “We believe God created two genders, male and female.”

“That was my final, last straw,” Bollier said at the time. “I support the people of Kansas. I do not condemn whoever they are.”

In 2010, the right wing of the party swept the elections. Sam Brownback, a favorite of the religious right, was elected governor and instituted policies that were a conservative’s dream. He rolled back protections for LGBTQ state workers, battled against marriage equality up to (and beyond) the bitter end, and made sure the state’s sodomy law stayed on the books even though it’s unenforceable. Unsurprisingly, Brownback has since ended up as President Trump’s “Religious Freedom Ambassador.”

Brownback’s terrible social policies were outmatched by his awful economic policies. He instituted the Kansas Experiment, which turned out to be a kind of fiscal Chernobyl. Brownback and his fellow Republicans argued that cutting taxes and spending would make the state a financial Utopia.

Instead, economic growth in Kansas was worse than in the nation and neighboring states, and deficits ballooned. In 2018, voters in the Sunflower State elected a Democrat as governor and turned the state legislature over to moderates.

The fallout from Brownback’s administration still haunts the GOP’s supporters, and as a former Republican, Bollier is able to position herself as a voice of reason for voters. That will be particularly true if her opponent is Kris Kobach, the former Kansas secretary of state who built his career on voter suppression, with a nice sideline in anti-LGBTQ policy.

Despite having been roundly defeated in his race for governor in 2018, Kobach is still a contender because of his Trump-like rhetoric. The state’s GOP is panicked that he might end up the Senate nominee, all but guaranteeing a re-run of his disastrous gubernatorial race. Pompeo’s dithering about entering the race also left his fellow Republicans at a disadvantage. Donors kept their wallets closed until they knew if he was running or not, as he would have been the prohibitive favorite.

Meanwhile, Bollier raised $1.1 million for her Senate race in the last quarter of 2019, more than any previous Democratic candidate. The national party has thrown its support behind her, giving her a clear path to the nomination.

Kansas may not be where you would expect a Republican to leave the party because of anti-trans bigotry and then decide to run as a Democrat for Senate, but it’s also the state that elected the first Native American lesbian to Congress, Sharice Davids.

What makes Bollier interesting is not that she’s a former Republican, but that the party drove her out because of its anti-LGBTQ bigotry. If she ends up winning in November, that should be a clear message to the GOP about its future, even in the heartland.

Two LGBT students are suing an evangelical college for expelling them