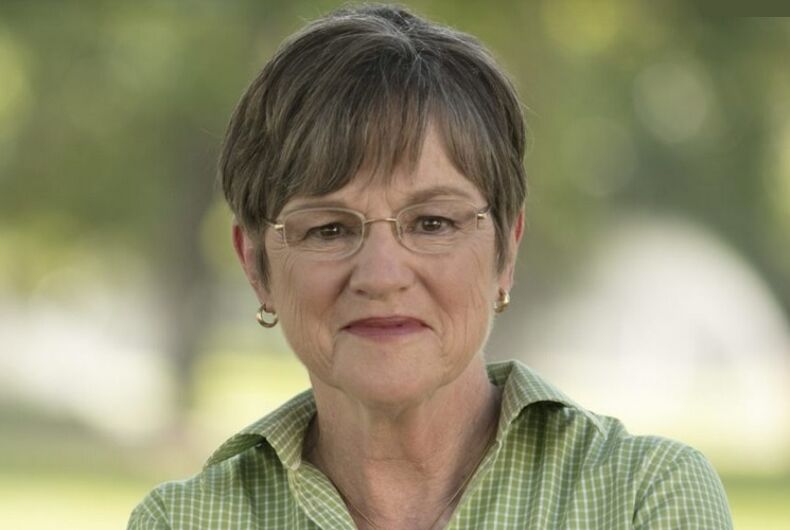 Yesterday, she affirmed that she would sign the order that the outgoing governor, Sam Brownback (R), rescinded.

“I am planning to actually have an executive order drafted before I take office,” she said.

The order was originally put in place by former governor Kathleen Sebelius (D) in 2007. It banned harassment and discrimination based on sexual orientation and gender identity.

The Christian conservative organization Family Policy Alliance of Kansas’s response was measured, calling her “an enemy of life, family and religious freedom.”