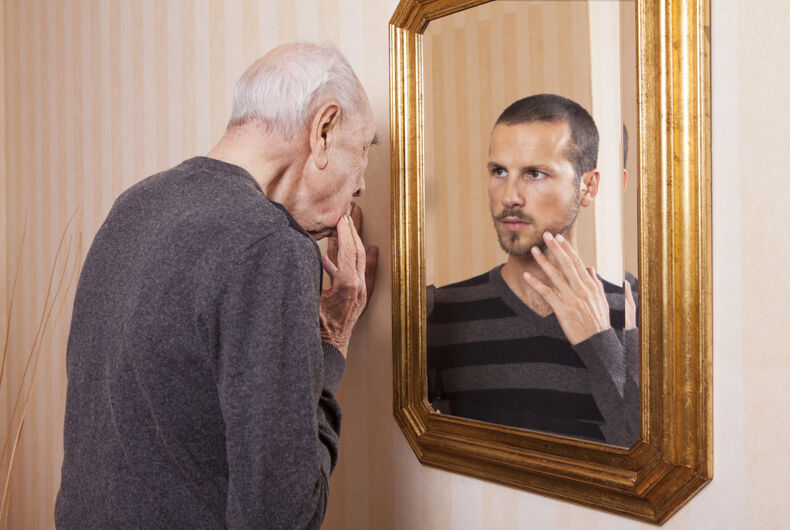 Emile Ratelband, a 69-year-old Dutch retiree, is suing to change his age to 49. Ratelband argues in his lawsuit that since transgender people can legally change their gender, he should be able to change his age.

The man is requesting that his birthday change from March 11, 1949 to March 11, 1969. His case has already been heard and the court should issue a verdict within a couple of weeks.

When it was pointed out to him that his request could be considered offensive by transgender people, Ratelband brushed off the concerns, because, well, he’s looking for love online. And apparently hasn’t heard how many people lie about their age to score a date.

“If you’re 69 on Tinder, you’re outdated. But I don’t want to lie. If you lie, you have to remember everything you say.”

He says it will also help him get more work as a “life coach” because his clients ask him if, at his age, he can “speak the language of young people.” Apparently, when you’re 69, you consider 49 to be prime “young people” years.

And, of course, he is a Donald Trump supporter and says he’s been inspired by the president’s supporters who “don’t want to be told how to live or what to believe.”

“He is just himself,” he said. “Trump is the first one who is honest. He shows his emotion on Twitter, saying to everyone, ‘Shut up.’ He’s a new kind of person.”

In somewhat related news, this isn’t Ratelband’s first scrap with the government for a ridiculous reason. Years ago, he tried to name his twin children “Rolls” and “Royce” after the carmaker.