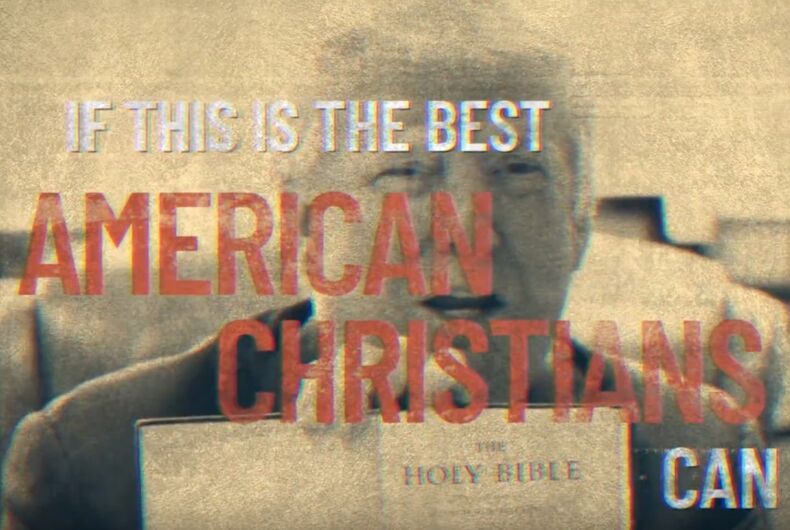 The group was launched last month by prominent Republican critics of the administration, including Steve Schmidt, Rick Wilson, and George Conway. Conway is married to Kellyanne Conway, one of Trump’s closest advisors.

The ad juxtaposes all of the ministers making outrageous claims about Trump’s godliness with his own words and actions that say the exact opposite. The slick production pulls no punches and exposes the evangelical leaders’ profit motives as well.

The ad comes on the heels of a recent split among evangelicals surrounding the excuses offered for the President’s un-Christian behavior. A recent editorial by the editor of Christianity Today that castigated believers for accepting immorality in exchange for political power and called for Trump’s impeachment.

Realizing his base needs some shoring up, Trump has doubled down on evangelical support, hosting a rally for believers in Florida and attacking the magazine as a “leftist” publication.

In another nod to the far right, Trump’s newest campaign advisor is an anti-LGBTQ extremist with a history of hate speech.

Evangelicals are praying that God “exposes” Michelle Obama as transgender