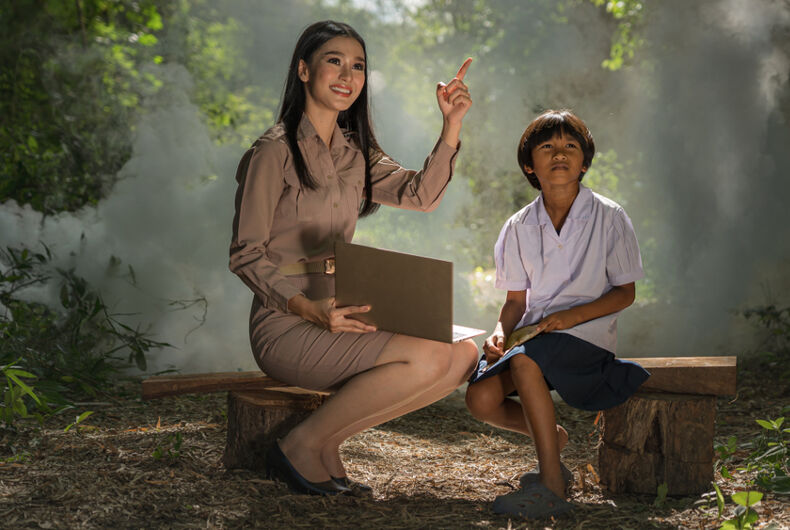 Foreign teachers of Indonesian private schools have been forced to take tests to determine their sexual orientations and attitudes towards LGBTQ rights. The tests come from a 2015 federal law forbidding the country’s 168 international schools from hiring anyone with “an indication of abnormal sexual behavior or orientation,” according to The New York Times.

The law requires schools to have the tests evaluated by a staff psychologist, ostensibly to prevent the schools from hiring pedophiles following a highly controversial 2014 case where “a Canadian educator and six Indonesians” were given long prison sentences for allegedly sexually abusing young students at the Jakarta International School.

The “evidence” against the teachers included suggestions that they “used magical powers to seduce the children and render the crime scenes invisible,” reports The New York Times.

It’s just the most recent development in the ongoing nationwide crackdown against LGBTQ citizens in the Muslim-majority country. While same-sex sexual relationships aren’t explicitly illegal in the country’s criminal code, in 2020 the country’s parliament will reportedly consider a revision to make it so.

Also this month, the capitol region’s Child Protection Agency said it “used police records to identify 4,000 people who suffer from the ‘disease’ of being LGBTQ.” The agency’s commissioner, Mohamad Rojak, said “the majority of sexual disorientation” is caused by “carefree lifestyles” and can be overcome by “therapy.”

After publicly humiliating 141 men arrested in a gay sauna in 2017, the capitol city founded an anti-LGBTQ police force, the government banned all LGBTQ TV content, the country tried to shut down an international LGBTQ sporting event, and one region arrested 12 transgender women and shaved their heads to “make them men.”

Experts estimate that the country’s anti-LGBTQ policies have cost the country anywhere from $900 million to $12 billion per year and dramatically worsened the country’s HIV rates.