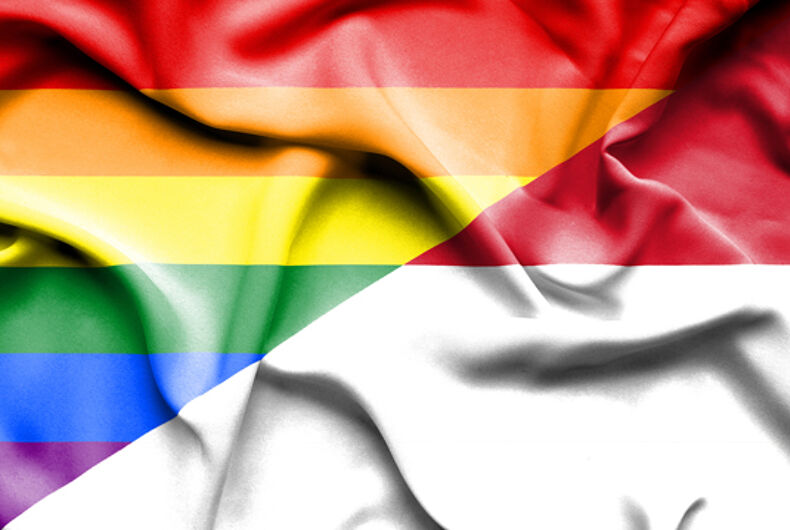 Is the indonesian government to blame for a rise in HIV?Photo: Shutterstock

In Indonesia, the rate of HIV infection among gay men has climbed from 5% in 2007 to 25% in 2015, according to a report by Human Rights Watch. The blame for the increase, according to HRW, is the government’s complicity with police and militants raiding private gathering of LGBTQ individuals.

The report, titled “Scared in Public and Now No Privacy”: Human Rights and Public Health Impacts of Indonesia’s Anti-LGBT Moral Panic. Explains how prevalent anti-LGBTQ attitudes in Indonesia are leading to often-violent actions against the community.

“The Indonesian government’s failure to address anti-LGBT moral panic is having dire consequences for public health,” said Kyle Knight, an LGBTQ rights researcher for Human Rights Watch in a release about the report. “The Indonesian government should recognize that its role in abuses against LGBT people is seriously compromising the country’s response to HIV.”

At the same time as this increase in HIV infection rates amongst the Indonesian LGBTQ community, the government is seeing success is cutting the infection rate overall.

The change in rates is largely blamed on the government’s rhetoric towards the LGBTQ community, leading to raids that have further marginalized LGBTQ people, driving them away from care options and into riskier behavior.

In 2017 alone, over 300 people were arrested in raids against LGBTQ people, staged by police and militant Islamists groups.

These actions follow anti-LGBTQ statements from politicians throughout 2016, calling for both criminalization of LGBTQ people as well as promoting false “cures” for LGBTQ behavior. The government is has also been behind the censorship of pro-LGBTQ news and information.

“It is devastating that these clubs have closed – they were the only places where we could find the community,” said an HIV outreach worker in Jakarta, quoted in the release.

“Clubs were hot spots for us because we knew that even the discreet guys felt safe about their sexuality inside, so we could do HIV testing and give condoms and they wouldn’t be scared to participate.”

Another outreach worker added, “we see more and more MSM waiting to get really sick before they seek help or even ask questions about HIV,” they added.

The government has continued to seek the criminalization of LGBTQ behavior – and even extramarital sexual relations among straight couples – so this crisis is far from over.

This airport is flying a rainbow flag made of 6,000 kisses