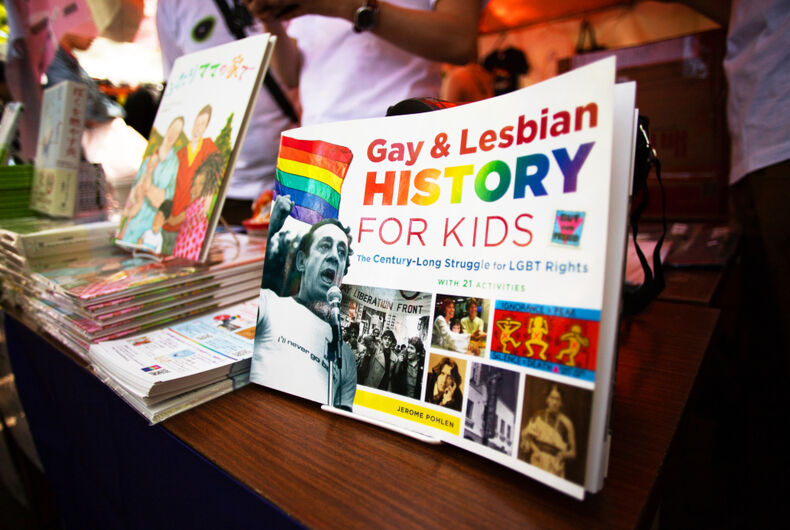 Finding out which states have legislation allowing trans people to ensure that our birth certificates reflect the reality of our post-transition lives has long been relatively easy – even without access to paywalled legal databases.

But finding out how certain states passed their laws is a different matter.

One of the questions I tackled early on in my doctoral research was: How exactly did Louisiana enact one in 1968, a full year [Author’s note: Thanks to all who noted my original error on this; mistakes happen – even when critiquing] before Stonewall?

My assumption was that it could not have happened overtly.  It must have flown under the radar – with help, the sort of help that Louisiana politics is known for.

Baton Rouge at the time was home to a true unicorn: a well-funded trans organization.  So, a key element of my assumption was that the wealthy founder and driving force behind the Erickson Educational Foundation, trans man Reed Erickson, simply bought the law.  If so, then, however visible the law might be in the Louisiana session laws of 1968, there would not be any such accompanying visibility in contemporary media.

After spending quite a while combing through the microfilmed images of the Baton Rouge Morning Advocate from the spring and early summer of 1968, I eventually came across a straightforward news item from May about a New Orleans-born trans woman who was having birth certificate troubles after undergoing surgery at the University of Minnesota earlier in the year.

Then, a month of microfilm later, there were two items about a proposed bill that would allow her and other Louisiana-born trans people to get conformed birth certificates.  One, titled “Houseful of Laughs,” included a photo of freshman Rep. John Hainkel laughing while the bill was considered.  The title of others gives away the outcome: “Mirthful Exchanges Accompany House Sex-Switch Bill Okay.”

Hainkel was the sponsor of the bill – and everyone else in the photos was laughing as well.  But he’d proposed the bill for the woman mentioned in the May item.  She was one of his constituents. Is political incorrectness okay if the right thing is done in the end?  I have no answer.

In the House, Hainkel’s bill passed almost unanimously; in the Senate it was unanimous.  Then it became law. All while Lyndon Johnson was still president.

I’d found the essential details of how Louisiana’s law was enacted – but only by tediously poring over primary source materials.  The basic job of a historian is find such material, analyze it and crunch it into formats that one typically would not need a microfilm reader to access – articles, books or even documentary films and videos.

LGBTQ history will soon be coming to New Jersey schools; it’s been there in California for several years now.

That’s a good thing – in the abstract. But do we know that what is being taught is what should be being taught?

A pricey three-volume set entitled Proud Heritage was published in 2014 and is marketed as “Cover[ing] content mandated by the Fair, Accurate, Inclusive, and Respectful (FAIR) Education Act in California.”

One of its volumes consists of individualized state-by-state histories, varying between three pages in length (Alabama) to fourteen (New York). Some are worthy of but a single adjective: bad.

I am not dissecting chapters and issuing a demand for laundry lists of additions. But to a Louisiana chapter – one that did mention that the state has trans birth certificate legislation – it seems more than reasonable to demand the addition of three words: “enacted in 1968.”

That Louisiana chapter is five pages, with two images accounting for roughly one of those five.

One image?  A photo of the aftermath of the fire that killed 29 people at New Orleans’ UpStairs Lounge in 1973.  Anyone questioning the inclusion of that has no business commenting on LGBTQ history.

But the other?  A reproduction of a painting of Pierre-François-Xavier de Charlevoix, an 18th-century French explorer whose negative remarks about gender-nonconforming indigenous peoples the chapter quotes.  Now, it is certainly not irrelevant?  But was it essential enough to merit comprising approximately five percent of the chapter’s space?

And as for the chapter’s text?  It includes a litany of the state’s sodomy law cases, unsuccessful efforts to repeal the law, the baffling post-Lawrence v. Texas enforcement of it, a few paragraphs on gubernatorial anti-discrimination orders, a few others on the state’s anti-marriage equality laws and a mention of New Orleans’ 1998 trans-inclusive anti-discrimination ordinance.

None of that is either irrelevant or inaccurate.

But if space somehow was an issue, how could room not be made in something labeled and marketed as LGBTQ history for the three words minimally necessary to convey and contextualize that one of the states in America’s segregated south had pro-trans legislation on the books before Stonewall?

And for those who I’ve not convinced that I am not being picky, please consider Nebraska’s chapter.  It is thirteen pages in length, almost as long as New York’s and longer than California’s.

Notice anything else missing?

How about a certain trans man who was murdered in Humboldt, Nebraska a little over three months before the birth certificate statute was enacted?

The lesbian and trans communities both still claim Brandon Teena – yet both presumably have always agreed that he actually existed.  And, to be absolutely fair to those who assembled and edited the Proud Heritage set, one of the other volumes does mention him.

But his murder (together with those of Lisa Lambert and Philip DeVine) can fairly be characterized as the most significant LGBTQ event ever to occur in Nebraska – and arguably even the most notable murder to occur in the state (even more so than those committed by Charlie Starkweather.)

Someone somewhere someday will rely on that specific LGBTQ history of Nebraska for something.  Maybe some lazy California high school students will plagiarize it word-for-word in diversity essays.  They’ll get what they deserve.

But maybe a trans kid from Falls City, Nebraska who has no other access to anything outside of Richardson County will access it online at a library in the desperate hope of learning whether they were the first – there or anywhere else.  That kid deserves better.

Call me pedantic, but any LGBTQ history of Nebraska – even just a dozen pages worth – that skips over Brandon Teena is no history at all, much less a useful one.

And a whole bunch of LGBTQ state histories that say little to nothing about when those states began to provide legal recognition to transition stand poised not to educate but to perpetuate.

At least two problems that continue to plague us as a community, even in an era when ‘trans history’ has come to be acknowledged as real – at least in the abstract.

Too many trans people will continue to not know their own history.

And those of us who do will continue to have to convince others not only that our history did not begin five minutes ago but, more specifically, that some states did indeed positively recognize the realities of our lives well before anyone threw anything at Stonewall.