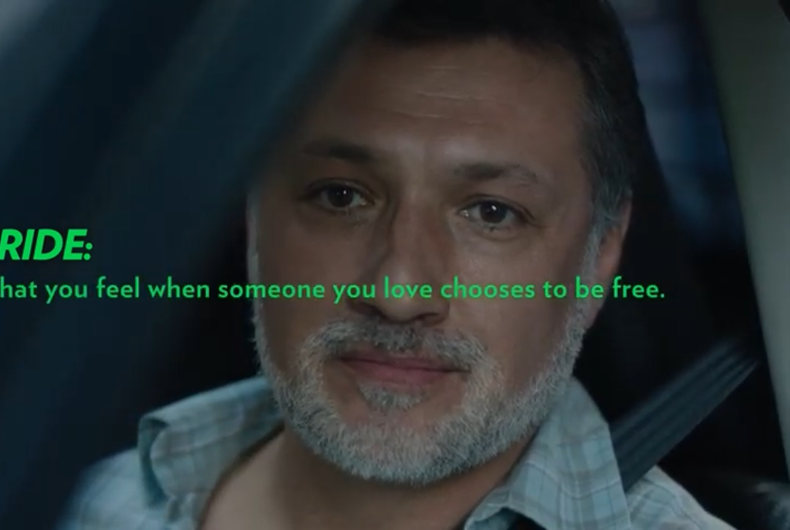 To celebrate Marcha de Orgullo – Bueno Aires Pride – Sprite created a 1 and a half minute advertisement leading up to the event, which was last Saturday.

Related: TV was 10.2% queer this year. But that’s largely because of four influential producers.

The ad shows several different people preparing for Pride, with the approval and support of their friends and family to the tune of Rogers & Hammerstein’s “You’ll Never Walk Alone”.

The closing scene features a dad watching their child joining the parade’s festivities, as the message “Pride: What you feel when someone you love chooses to be free” fades into the screen (on the version tweeted out by Sprite Argentina and shown in Argentina, this message is in Spanish.)

One of those to attend was Estanislao Fernàndez (below), the 24-year-old drag queen son of Argentina’s new President-elect, Alberto Fernàndez.