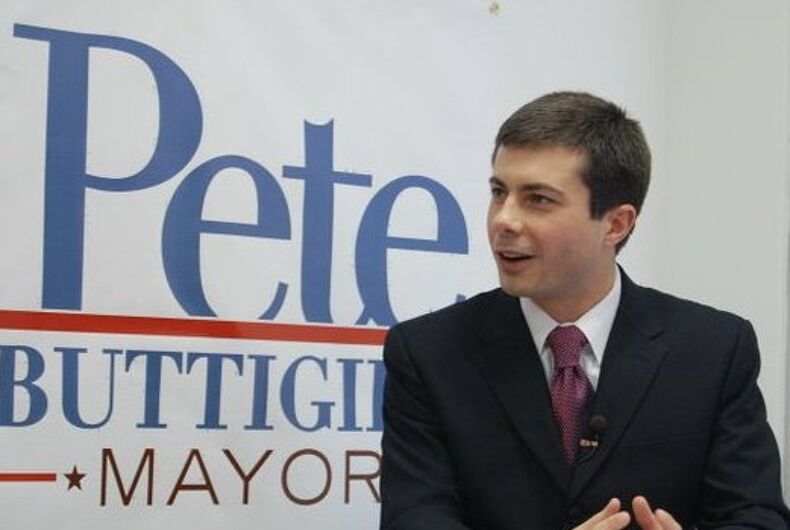 Pete Buttigieg and his campaign have released their ‘free college’ proposal, a very important policy point for every 2020 Presidential candidate.

The proposed strategy under a Buttigieg administration would include, according to CBS News, a “$500 billion investment and a breakdown of tuition costs according to a family’s income.”

College students from families that earn less than $100,000 per year would be eligible to attend school for free, while those who earn between $100,000 and $150,000 would receive reduced tuition on a sliding scale. Anyone from a family earning more than $150,000 would be expected to pay tuition in full.

“Our government can, and should, play a role in setting a level playing field that gives all Americans a chance to succeed,” the 8-page plan reads.

The proposal would mean up to 80% of American families could have a child that qualifies for free or reduced college tuition in the future. Several publications note that Buttigieg’s plan differs from Democratic candidates Elizabeth Warren and Bernie Sanders, who have been advocating for making college free for all and wiping away a majority, if not all, of college debt. This remains consistent with comments Buttigieg made this summer regarding the idea of free college.

“I just don’t believe that all of us, especially low income people should be paying to cover the very last dollar, even for the child of a billionaire, going to a college,” Buttigieg said at the Black Economic Alliance Presidential Forum in June. “I think if you’re a child of a billionaire you can take care of yourself, and you ought to be able to pay some tuition.”

Buttigieg’s college plan who also serve as a precursor for the campaign to release more detailed plans on their planned educational policy, which includes Universal Pre-K and free childcare for all children under the age of 5. The expected funding needed to cover all child care and non-higher education will be around $70 billion, on par with Warren’s proposed amount.

The onePULSE Foundation announces the future design of the Pulse Memorial