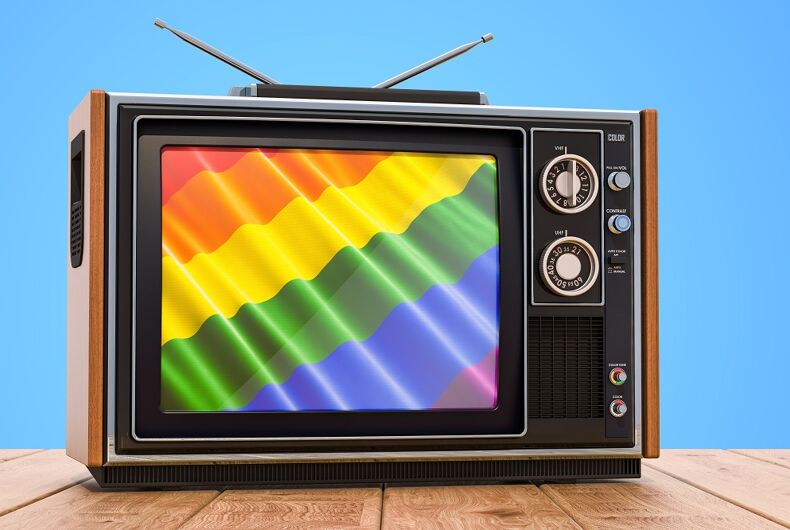 GLAAD’s recently released annual study of LGBTQ characters on TV found that 10.2% of regular characters on broadcast scripted primetime television this season are LGBTQ — meeting GLAAD’s 2018 goal of reaching a 10% threshold by 2020. GLAAD now wants to reach 25% by 2025.

But reaching GLAAD’s 2018 goal came about largely thanks to just four very influential TV producers: Greg Berlanti, Lena Waithe, Ryan Murphy, and ally Shonda Rhimes. Together, the LGBTQ characters in their 22 shows account for 14% of all LGBTQ representation on broadcast scripted primetime TV.

“While we celebrate the outstanding projects from these creators, diverse and accurate inclusion must be an institutionalized value at every network, studio, and production company rather than dependent on the whims of who each service may have a deal with,” wrote GLAAD Executive Director Sarah Kate Ellis.

Among the study’s other findings: Streaming TV services like Amazon, Hulu, and Netflix had a total of 153 LGBTQ characters; cable TV channels like HBO had 215. Of the 38 transgender characters on TV, 31 were played by trans actors. In general, the average number of female characters, characters of color, and characters with disabilities all increased.

One group however saw no increase: asexuals. GLAAD wrote:

Asexual representation was cut in half when Freeform’s Shadowhunters came to an end earlier this year. Unfortunately, the only remaining asexual character, Todd Chavez on Netflix’s BoJack Horseman, will also not return next year as the series is headed into its final season. No additional asexual characters have been added.

Ellis added that with Trump’s attacks on the LGBTQ community, “The role of television in changing hearts and minds has never been more important.”

“Entertainment and media [are] the most powerful vehicle to share our stories — to combat negative or dehumanizing headlines, create a culture shift that makes it safe for LGBTQ people to live authentically as ourselves, and to offer hope and inspiration to young queer and trans people around the world,” she wrote.