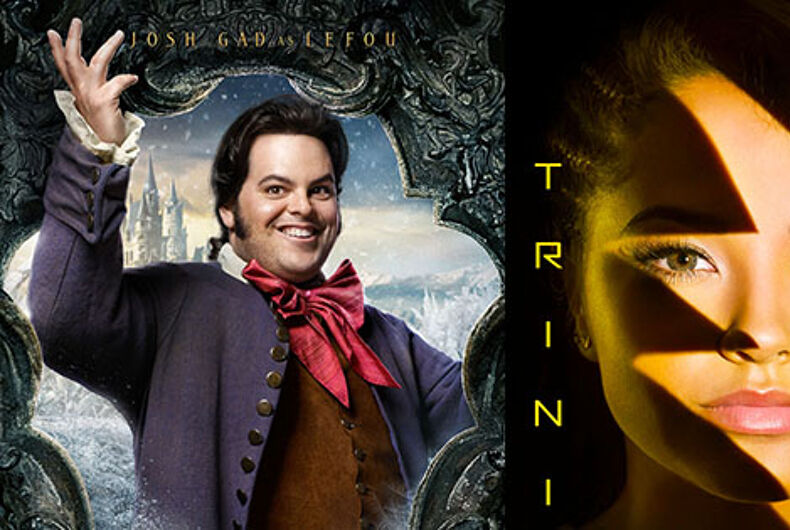 GLAAD says it is “very exciting and inspiring” to witness LeFou’s so-called “gay moment” in Disney’s remake of Beauty and the Beast and the revelation that Trini in the Power Rangers reboot is the first LGBTQ superhero in a major motion picture, hailing the inclusive moves as “a great start.”

The organization’s president and CEO, Sarah Kate Ellis, that the shift toward acceptance in mainstream movies is worth applauding.

“LGBTQ youth deserve a happily ever after just like everyone else,” Ellis told the Hollywood Reporter. Younger LGBTQ children, especially, benefit from seeing people like themselves in movies, which can be “a lifeline” both here and in countries where being LGBTQ is not welcome, or is even prohibited by law.

“They are small inclusions,” said Ellis. “It appears that they are testing the waters and it is a step absolutely in the right direction. This is not the end game. We want to see better and more inclusion than we are seeing now. We have to start somewhere and this is a good place to start.”

LeFou — played by Josh Gad — is Disney’s first out LGBTQ character, and Trini, the yellow Power Ranger — played by Becky G — is the first big-screen superhero who comes to terms with her sexual orientation on-screen, just like millions of LGBTQ youth.

Ellis told THR the films’ success is very welcome given that “anti-LGBTQ extremists are getting no traction in terms of boycotting the films.” Beauty and the Beast set box office records on opening weekend and is the biggest ever opening for a PG title.

Hollywood studios, she said, are now “owning these storylines” and standing by LGBTQ inclusion. It’s the result of GLAAD lobbying Hollywood for three decades, Ellis said. Five years ago, the group started its Studio Responsibility Index, reporting on the lack of inclusion in movies and television.

Back when it started the index, the advocacy group asked movie and TV studios to stop “using LGBTQ people as props in movies, as punching bags and punchlines,” and to start being inclusive.

Ellis said the results are right up there on the screen.

How long before Republicans take another shot at repealing Obamacare?

Go for a smoke? New study says most teens lighting up are queer or questioning