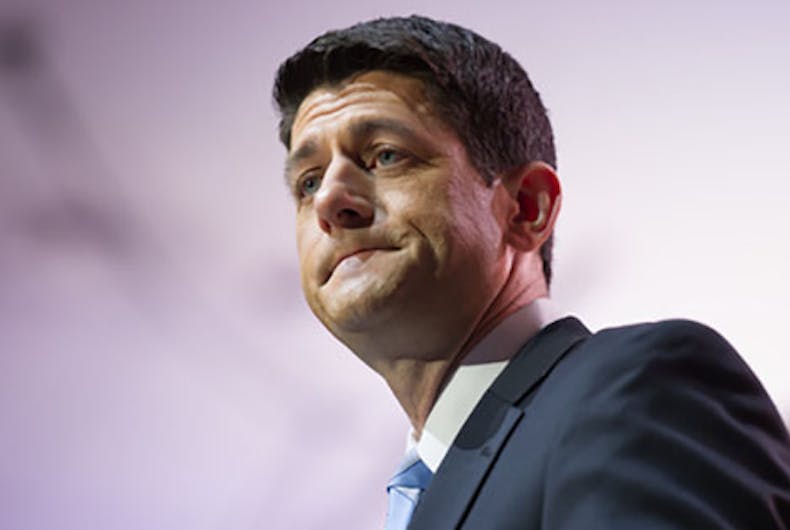 House Speaker Paul Ryan declared Tuesday that his chamber will take another crack at a health care overhaul.

But he’s offering no timeline, and no details about how leaders would overcome GOP divisions that sunk their bill Friday. That retreat was a humiliating setback for President Donald Trump and congressional Republicans.

Ryan spoke after House Republicans met for the first time since he sidetracked his party’s health care legislation just before a scheduled House vote. It was four days ago that Ryan abruptly canceled that vote on the GOP bill annulling much of President Barack Obama’s 2010 law. That bill faced certain defeat due to Republican opponents, including the conservative House Freedom Caucus.

Conservatives say it didn’t repeal enough of Obama’s law. Moderates say it takes coverage away from too many people. As LGBTQ Nation reported last month, women would be disproportionately hurt by a repeal of the Affordable Care Act, as would transgender Americans. The law banned sex discrimination in health care settings that have a connection to federal funds. So, a transgender man who has residual breast tissue is eligible for coverage for a mammogram, one with an intact cervix can get a mammogram or pap smear, and a transgender woman can get a prostate exam without fear of denial of coverage.

Ryan says Republicans would try working out their differences over the measure.

Meanwhile, a member of the Freedom Caucus says he will force the House to vote on a full repeal of Obama’s health care law in a month if the chamber hasn’t acted to roll back the statute.

But the party remains riven into factions.

The retreat on the party’s top legislative priority was not only a jarring defeat for President Donald Trump and Republican leaders, it also raised questions about whether the GOP could muster the unity needed on other issues.

Coming to your TV: Reality series set inside the Abbey in WeHo